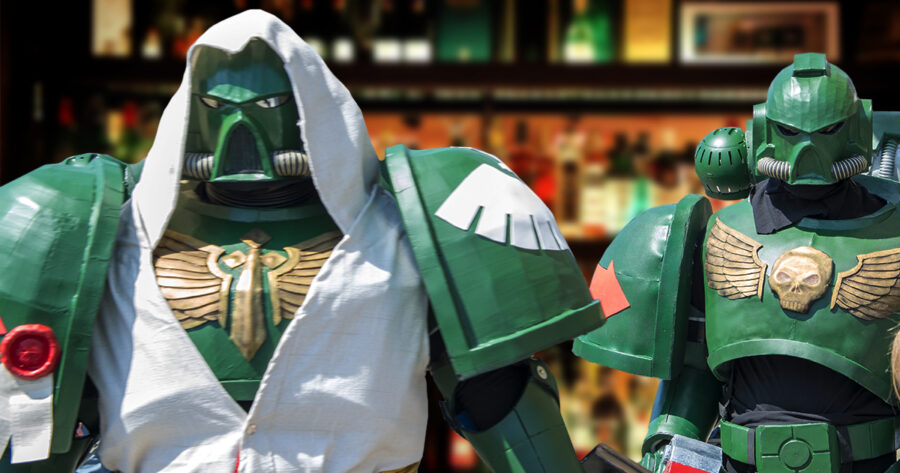 SCHAUMBURG, Ill. — A bar fight that broke out near a local Warhammer tabletop wargaming convention has now entered its third consecutive day of conflict, as its participants continue to slowly, methodically attack one another.

The incident began at a bar outside the Renaissance Schaumburg Convention Center, as two Warhammer fans got into a heated debate about which edition of the tabletop game is better. Bar staff told police that the verbal altercation soon escalated, causing the patrons to spend a full day reorganizing the bar’s furniture to create the optimal battle terrain.

“Usually these fights just kind of last a minute or two and we toss ‘em out,” bar owner Sully Bousquet explained. “But these guys just stood around for hours, mulling over who they wanted fighting on their side and then painting custom insignias. The first punch wasn’t thrown until they were 26 hours in.”

Despite the fact that the fight phase has now started, the pace has not picked up as each punch, kick, and broken bottle has been preceded by a list of careful preparations, including measuring the distance to the victim and obsessively cross-checking datasheets.

Unsure of how to deal with the situation, Schaumburg police called in Warhammer manufacturer Games Workshop to provide assistance. However, the company’s presence only exacerbated the problem, as they imposed a series of new rules on the conflict, forcing fighters to stop and read through new books every few hours to make sure the fight remained tournament legal.

“Honestly, I don’t even know if there’s a crime happening here,” one puzzled Schaumburg police officer wondered. “They aren’t even landing hits most of the time, and when they’re done attacking, they stop to check on everyone’s morale. It’s a pretty civil conflict, all things considered.”

So far, the bar fight has racked up nearly $8,000 in damages, which include a $6,500 bar tab, a 6.25% sales tax, and a 20% gratuity. Each person involved in the fight has already resolved to help pay off the debt by cutting their next Warhammer purchase in half.