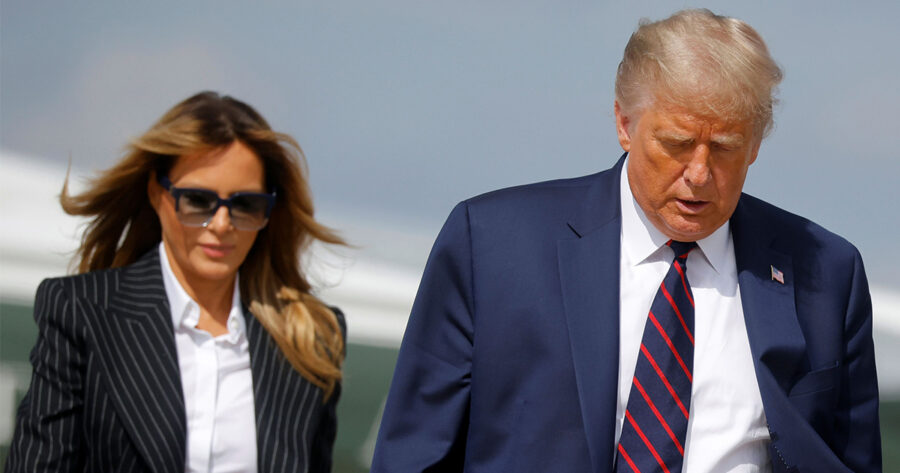 WASHINGTON — Despite many pictures and sources alleging its development, the Trump administration has remained tight lipped about the heavily rumored Melania Series X.

“There is absolutely no truth to the rumor that we’re working on a new design of Melania,” said White House press secretary Kayleigh McEnany regarding the recent photographs that many have claimed show Trump with what is clearly a bigger, more powerful version of his wife. “You cannot believe everything you read in the mainstream media, I’m afraid. Nor should you trust the things you see with your mainstream eyes. This administration will continue to be forthcoming about any any and all breakthroughs made in the development of future editions of the First Lady.”

Many in the games press have alleged that Trump has at the very least a prototype model of what has been dubbed ‘Melania Series X,’ that he has been spotted with in various public appearances.

“Basically I think Melania got Covid and wasn’t up to some of her appearances,” said Esther Draper, a freelance technology journalist who has been following the story. “So they had the perfect excuse to silently try out the Series X. I think it’ll be the standard model in the White House by the end of the year, to be honest. Much more resistant to viruses, and the level of facial detail makes it the most lifelike edition of the hardware yet. Very exciting stuff for tech nerds like me!”

As of press time, Super Eric Trump has been delayed until early 2021.