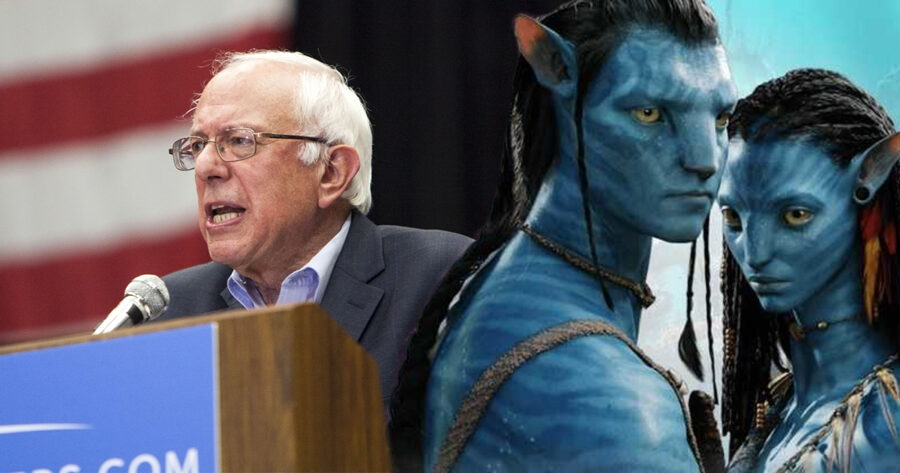 This much is clear: Bernie Sanders is the only politician championing millennial nerds. From being the top sword-guy candidate to tweeting support for video game developers forming a union, Bernie Sanders is the only choice for nerds who feel lost in a world of mainstream nerdom. So with this in mind, it is a damn shame that his campaign is losing out to Avatar’s long-standing box office record.

That being said, while his fundraising pace has him passing Avatar in the mid 2100s, we cannot lose hope. Like Doctor Strange in Avengers: Infinity War, we foresee a path in which Bernie Sanders reigns supreme, both as President and at the top of the box office.

For starters, Senator Sanders needs to rerelease the classics. After Avatar first came out in 2008, it was followed by an extended version in 2010 to bolster its record-shattering earnings and there is absolutely no reason why Bernie can’t do the same thing. Re-releasing his classic 2016 campaign with new hand waving, better CGI hair, and more wild animals chilling on his podium could get that nostalgia money flowing.

Of course, Bernie’s fight against James Cameron’s award-winning movie can’t be won on revised content alone. Streaming services like Netflix and Hulu have always been a place for cinematic universes to expand to in the past. If Bernie could get newer, fresher content onto people’s computers and television, just imagine how much he’ll be able to coast on subscription revenue alone.

We’re talking a live-action adaptation of his time living in a commune, an anime re-telling of Bernie’s weekly triumphs on the campaign trail, and maybe even spin-off shows featuring other leftwing candidates in which Bernie gets mentioned every few episodes as “that old guy.” In a campaign filled with strong Presidential candidates and Cory Booker, there’s more than enough drama to mine for content and sell to streaming services.

As long as he sticks to this universal strategy, Avatar’s box office record should come crumbling down in no time and we can finally return to petitioning Nintendo to make Animal Crossing come out FASTER.