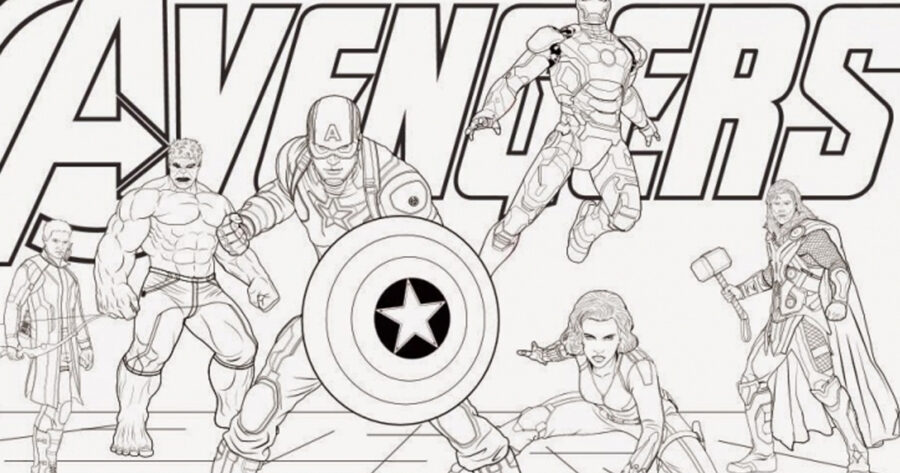 NEW YORK — Marvel announced a black-and-white coloring book edition of Avengers so readers can turn popular superheroes like Thor into whatever the hell race they want today, in response to conflicting opinions from fans about Marvel’s recent attempts to include more diverse characters to their massive roster.

“We’re done trying to guess if we’d increase readership by making Iron Man a Hispanic chop shop mechanic or by transforming Mjölnir into — I don’t know — a giant uncircumcised penis or something,” said Marvel executive, Jake Miller, to a packed throng of angry men.

Marvel has announced that each new edition will come pre-packaged with 23 crayons with colors ranging from Drunken Irishman to NBA Point Guard. But even Miller admits these measures aren’t perfect.

“I’m sure we’re missing some goddamn shade of something. I mean, do you know the exact coloring of, like, a Burkina Faso? Of course not. We’re doing the best we can, but real niche stuff like Eskimos and Mongolians and shit? That’s on you,” Miller explained.

“Even if you decide to turn Spider-Man into some faux-hawked lesbian named Deb, you’re gonna be all set. We’ve technically covered all our bases with this idea.”

When asked if it would be difficult to formulate a coherent plot when there are so many character possibilities, an amused Miller initially snorted up some of his chocolate milk but seemed otherwise unfazed.

“Nah, these arcs all fit pretty much any race, gender, or orientation. Some bad shit happens, only a hero can save the world, yadda yadda. What’s really the difference anyway? We’re just capitalizing on this trend before we move onto the next one, whatever that may be.”

As of press time, Marvel was reportedly considering offering little wheelchair stickers in case anybody wanted their superheroes to have polio or something.