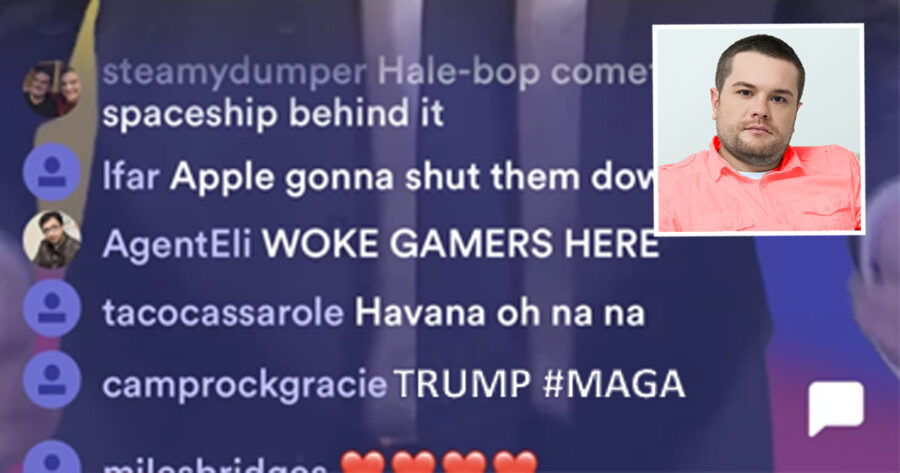 KNOXVILLE, Tenn. — Larry Pullman, 37, is anticipating this afternoon’s HQ Trivia game in which he plans to type “TRUMP” in the group chat.

“Yeah, you can pretty much set your watch by it,” said his wife Patricia. “Sure as the Vols are gonna shit the bed against Bama every October, Larry’s gonna get on that game and speak his mind.”

Read More From Hard Drive, The Only Ethical Gaming Journalism Site on The Internet: Co-Worker Mysteriously Has to Poop Every Day at 3 p.m.

“No I wasn’t watching that anti-American NFL garbage,” he said. “But sadly everyone I knew was, so there I was at home trying to find something to do, and I found this live trivia game that also lets me call things like I see them. You can win money and express your love for our President, all at the same time!”

Over 2 million players were logged on to the HQ Trivia app for the halftime episode. Realizing this, Pullman seized the opportunity to proclaim his political ideology and began repeatedly typing “TRUMP” in the moments leading up to the game’s start. Since then it has become a part of his daily routine.

“I really think I’m making a difference,” says Pullman. “Everyone keeps typing ‘SAVAGE’ into chat after I share my views. Fuckin’ A right it’s ‘SAVAGE’; we’re taking this country back and making America great again!”

Pullman’s wife has still not accepted his invitation to download HQ Trivia to give him an extra life, stating that she refuses to support handouts in any form.