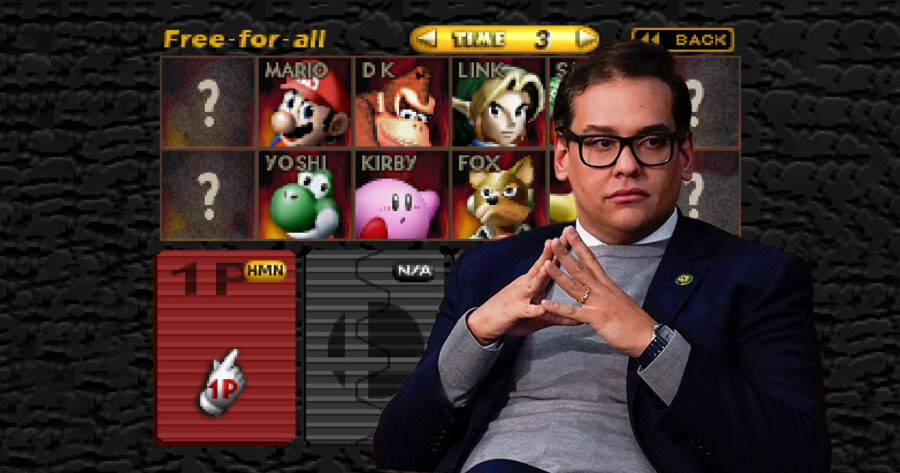 “I’ve always been an elite gamer,” Santos said, unprompted, at an event. “I got a Nintendo 64 before everyone else because my Tio worked at Nintendo and sent me a prototype from Japan. When I was 9, I unlocked Ash in Smash Mario Bros by beating Classic mode with a pacifist run in under 10 minutes. My picture was in Nintendo Power and everything.”

Once these comments went live, multiple sources came forward to debunk all of Santos’ suspicious claims.

“Lying about his mom dying on 9/11 is one thing, and stealing from a money meant for a veteran’s sick dog is really messed up, but fabricating an achievement is completely unconscionable,” said Kinsey Hancock, Co-Founder of the Video Game Preservation Society. “I’ve been through the source code and tested it extensively with a GameShark, there’s no evidence Ash was a playable character in Smash 64, nor is there any issue of Nintendo Power with Santos in it. Plus, if he was unlockable, he would have been called ‘Red.’”

Classmates who knew Santos as a youth provided eyewitness testimony that contradicts his version of events.

“First of all, Smash Bros didn’t come out until we were 11. I know because my mom forced me to invite George to my birthday party,” said former neighbor Javier Alvarez. “When we finally gave him a turn to play, he held the controller upside down like a W and kept walking right off the ledge. He’d never even seen a 64 before. When we teased him for how much he sucked, he said he was better at the PlayStation version.”

When reached for comment about the evidence against his claims, Santos doubled down, stating he also shot the dog in Duck Hunt, unlocked the Narpas Sword in Metroid, and was enlisted by aliens after beating Starfighter.

As of press time, prominent Republicans have yet to comment on Santos’ Smash Bros. claims, but close sources claim that some have inquired about how he was reportedly able to shock Ness with Pikachu’s neutral-B attack to see him naked.