Confused LARPer Unsure Why Everyone Here Is Same Class and Race 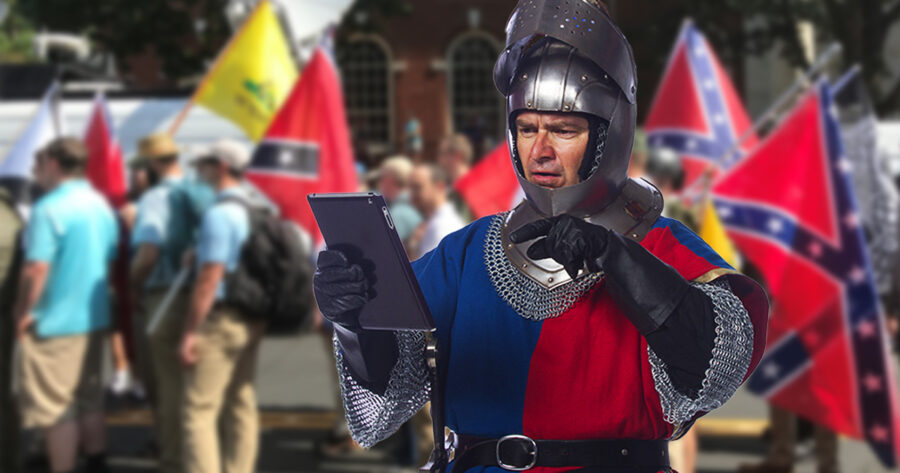 PARIS, Texas — Local payroll advisor and fantasy enthusiast Richard Corben found himself confused this past weekend when he noticed every other attendee at his biweekly LARP seemed to all share the same race and class.

“At first I was uncertain that I was at the correct place. Kingdom of Myfarog usually rotates campgrounds every few months,” explained Corben over loud chants. “But I mean, the organizers Duke and Virgil are here, so I must be at the right spot. Could’ve sworn they were druids, but they keep calling each other ‘wizard’ and ‘dragon’? I don’t know.”

Corben found the weekend’s events dry and repetitive compared to the typical fare.

“We’ve spent nearly the whole time so far listening to mission objectives. I couldn’t even get a spell in edgewise. I guess they’re launching a new narrative about these antagonists called the Zionists? I’m still not too sure about it. Frankly, it seems a little derivative,” said the Level 6 ranger with a PhD in accounting. “Not to mention everyone’s changed up their class to some weird version of a sorcerer. Don’t they realize how stale and boring that’s going to be? Like c’mon guys, not everyone gets to be a ghost with a fire staff.”

He also noted that the participants seemed more emphatic than usual about their roles.

“I can’t quite put my finger on it, but these guys seem to think they’re really doing this stuff. I mean, like, really doing it. Don’t get me wrong, it’s great to immerse yourself and swing some boffers after the work week,” said Corben from the parking lot. “But these guys are acting like what they’re doing and saying really matters in any significant way, and aren’t just a bunch of guys yelling in a field. It’s kind of funny.”

In the end, Corben decided to reassess his most cherished hobby as a result of his experience, claiming that the magic had worn off.

“Besides, I’ve been going to this new game every other weekend,” he added. “It’s this cool dystopian, holy war style thing. They call it ‘Proud Boys,’ but I think that’s just a tentative title.”