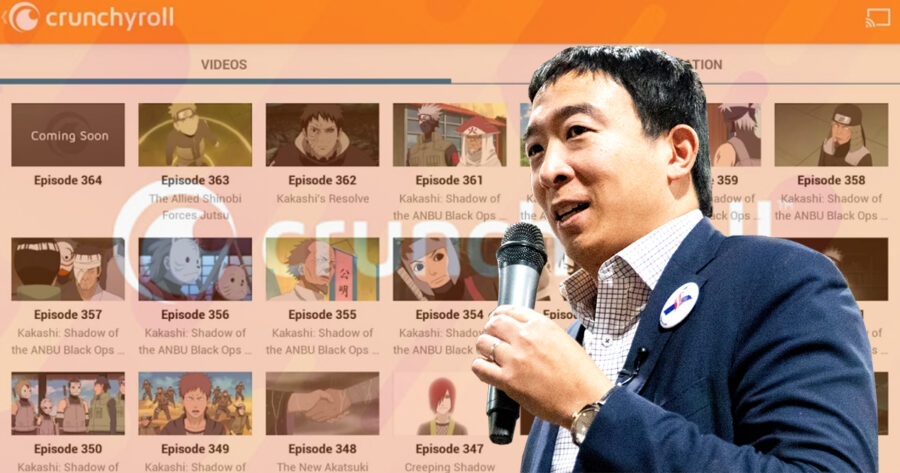 NEW YORK —  With the recent announcement of a price hike for Crunchyroll’s premium subscription service, Democratic presidential candidate Andrew Yang has added to his platform a proposal for universal Crunchyroll Premium for all Americans, according to a video released to the press, Reddit, and 4chan.

“In human-centered capitalism, all Americans deserve to be treated with dignity and respect. While some Americans are without access to Crunchyroll Premium, we are creating a class of people that have to watch anime that features constant commercials and have to wait a full week for simulcast episodes. This causes them to fall behind their peers and become unable to be part of meaningful discussion on r/anime. Crunchyroll premium should be a right for all Americans,” declared Yang. “I call this program the Weeaboo Dividend.”

This announcement has lead to significant discussion online by otaku, with many expressing strong support for the radical proposal.

“If I had my own Crunchyroll Premium subscription I would no longer be dependent on my roommate’s subscription and could move out of this apartment,” said a man who called himself Sempai374869. “And my roommate is a total casual. He’s only following like five simulcast shows, and I saw him watch a show dubbed once.”

Some anime economists, however, suggest there are flaws in the plan.

“While some think this policy will help increase the anime-related economy, I’m pessimistic,” said Dr. Martin Pain. “The savings from membership may not be used on anime at all, and will perhaps instead be diverted to fund a Hulu subscription.”

Other analysts believe universal Crunchyroll Premium could have a negative impact on anime fandom.

“If every American has Crunchyroll Premium, we might have more people watching anime than ever before,” said prominent anime blogger Alphonse Smith. “We’ll have way too many casuals who didn’t have to suffer for their anime, and that trend might lead to MAL scores that don’t represent the interests of real fans.”

At press time, rumors were circulating that Yang was also considering adding a program for universal Mountain Dew, to be called the “Gamer Dividend.”