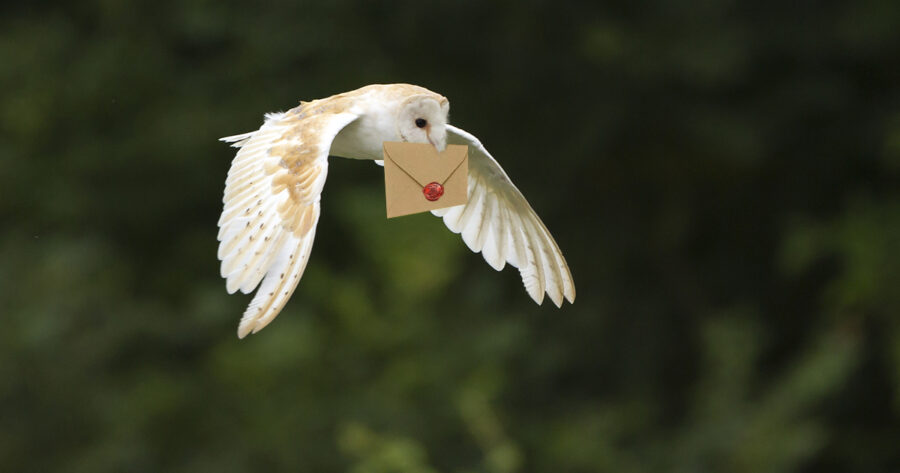 LONDON — ‘The Boy Who Lived’ and now-famous Auror Harry Potter has reportedly been inundated by donation request owls from his alma mater, Hogwarts School of Witchcraft and Wizardry.

Potter, who currently resides at 12 Grimmauld Place in northwest London with his wife Ginny, tells sources that rarely a day goes by without an owl entering his home through the window or chimney, delivering a Howler demanding a “donation,” and then refusing to leave.

“I saved not only the school, but the whole damn world, when I was seventeen. Yeah, I think I have done enough for that place,” Potter said, shooing three perched owls off of his couch. “They stood by while I was relentlessly bullied, refused to listen to my warnings, and forced me to compete in a deadly tournament for which I was dangerously unqualified.”

Potter told reporters he had already paid over 120,000 galleons to the school while he was a student. He believes that this tuition was more than enough of a donation, especially considering the fact that he never even graduated from Hogwarts. Close sources insist Potter sent a return owl asking he be taken off their mailing list, but the messages kept coming.

“GREETING ALUMNUS! HOGWARTS SCHOOL OF WITCHCRAFT AND WIZARDRY IS REACHING OUT TO YOU TODAY ASKING FOR YOUR HELP,” one of the many howler messages screamed. “RAVENCLAW TOWER IS IN DESPERATE NEED TO ROOF REPAIR, THE QUIDDITCH PITCH NEEDS RESODDING, AND THE STATUE OF GREGORY THE SMARMY NEEDS REBUFFING. YOUR DONATION WILL GO A LONG WAY.”

“Hogwarts is a magical castle that is in a consistent state of repair and remodeling,” said the Hogwarts Board of Directors in defense of their aggressive alumni marketing through a statement released by their attorney, Ira Humbleshade. “We help students prepare for careers in the magic industry throughout the world, and feel that their success is, in part, is as a result of our counseling.”

Alumni of the school are not convinced, however.

“My husband is an Auror in the public sector, do you have any idea how underpaid he is?” Potter’s wife Ginny ranted to professors at a recent reunion dinner. “And I write for the sports section of a dying newspaper! We have three kids already attending the school, and our Gringotts’ savings are dwindling. But these greedy directors keep asking for money while flying around on their brand new Firebolts!”

While rumors of donation embezzlement have not yet been widely substantiated, anonymous sources from within the school say that many Hogwarts potions professors are still paying for their classes’ Shredded Boomslang Skin out of pocket.