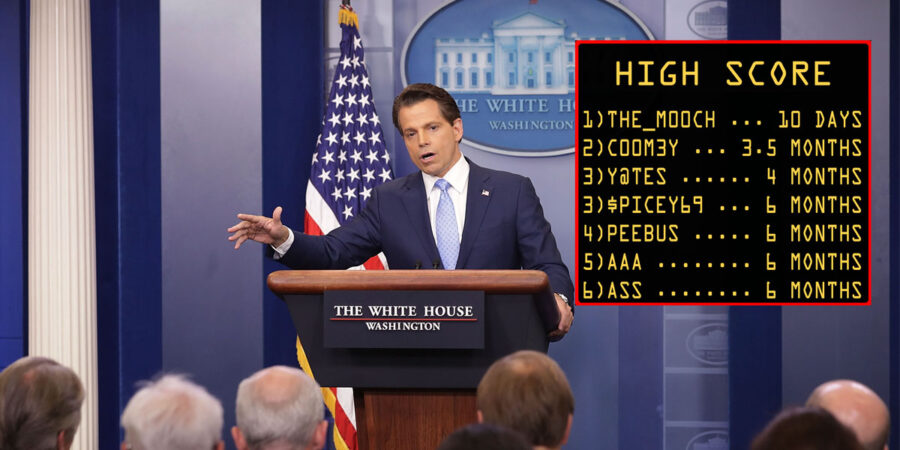 The epic speed run kicked off in high octane fashion with Scaramucci using what is known as the “reporter glitch” where The Mooch called a reporter to insult members of his own staff, allowing himself to fall through the walls right onto a CNN show to lie about his statements much quicker than previous White House speed runners.

“I’ve never seen anything like it,” said Super Mario World speed run champion ‘Area51.’ “The way Scaramucci burned every bridge he crossed and destroyed all his political capital in less than a fortnight? He must have been drinking a ton of Monster.”

“Even the losers I hire are the best at being losers,” President Trump said about the newly fired Communications Director. “My only regret is that we forgot to stream the entire thing on Twitch. We would have had such great ratings!”

When reached for comment about the loss of his career and family in the process of his arduous White House speed run, Scaramucci simply said, “I care deeply about e-sports, fuckface. It took a pussy like Preibus 180 days to do what I did in 10.”

At press time, with no new prospects for Scaramucci’s replacement, President Trump said in a statement that he would give more power to his constituents by introducing “Twitch Plays White House Communications Director.”