EXPLAINED: The Differences Between Ray Tracing and a Big Old Rock on the Ground 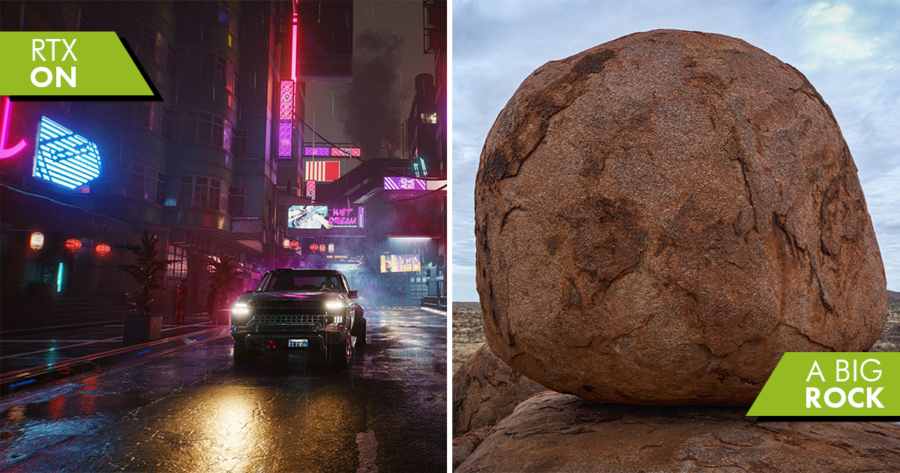 As gaming hardware makes more advances over the years, it can be easy to feel confused and left in the dust. It seems like not that long ago the jump to high definition TV’s and monitors was the big transition, but it’s already been 15 years! These days it can be intimidating to try and keep up with all of today’s current advancements, as the simplicity of better resolution has given way to discussions about teraflops and photon mapping and the like. So we thought we’d give you this primer on how to tell the difference between ray tracing, a revolutionary new lighting technology that has been a focal point of this gaming generation, and a big dumb rock sitting on the ground. You might be surprised!

Ray tracing is a digital rendering method that largely involves reflections of light depicted visually and realistically. A lot of people say it’s overrated, but those that can tell the difference say it’s an absolutely crucial component of today’s AAA games. No one was demanding ray tracing a decade ago, but it’s here, and if you’re not using it, you’re simply behind the curve.

Now, if you find a rock on the ground, there’s really no telling how long it might have been there. Is it pretty embedded into the soil? If so, it could very well predate ray tracing of any form then. Does that make an old rock on the ground superior to today’s ray tracing technology? It’s not for me to say.

Another key distinction between ray tracing and big old rocks is that ray tracing was actually being used in other forms of media before video games. Early examples of ray tracing are found in digital images and visual effects in movies and television. It wasn’t until technology advanced and rendering times were decreased that programmers were able to implement the tool into today’s video games.

Rocks, meanwhile, have been utilized for millions of years as weapons, tools, and building materials. A lot of us also have them in our driveways. While all very impactful uses, none of these things have had much of an impact on modern gaming, if we’re being honest.

Well, there you have it. We discovered a handful of other differences, but a lot of them are pretty technical and jargon-y, so we opted to include what we felt were the most digestible and significant distinctions . If you’ve been confusing ray tracing with big old rocks on the ground, we hope this guide was helpful to you. Feel free to bookmark it, as we’ll be updating this space as we make new breakthroughs in our research.