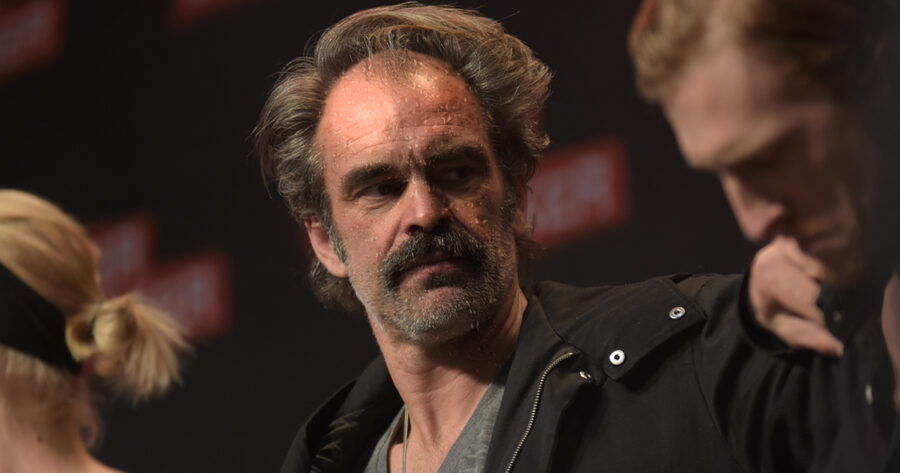 NEW YORK — The cast of AMC’s hit series The Walking Dead narrowly escaped a throng of ravenous fans at this year’s New York Comic Con by masking themselves in cosplay sweat and walking directly amongst the nerds, close sources report.

“As soon as the Q&A was over, I knew what would happen next,” star Andrew Lincoln told reporters, his eyes fixed a thousand yards away. “It was San Diego all over again.”

When the panel members rose to leave, a swarm of the living dead surged toward the dais. “It was horrifying,” said Norman Reedus, who plays rugged survivor Daryl Dixon. “You look into those masks — where the eyes should be — and try to remember that they must have been human once.”

“But they aren’t anymore,” he concluded.

Acting quickly, Lincoln subdued a lone cosplayer dressed as Deadpool and distributed pieces of their costume among the panel members. “We’ll smell like them,” he said, wringing a sweat-laden shirt over his head.

Longtime writer Angela Kang, who recently became series showrunner, opted out of the soaking and bolted for a nearby restroom. “The stench was clearly too much for her,” said Lincoln. “Dried blood and prop entrails are one thing, but nothing could’ve prepared us for the dank, yeasty full-body sweat of this shambling nerd herd.”

The cast carefully made their way through the crowd, doing their best to blend with the awkward, shifting cosplayers around them. “Those Deadpool morphsuits aren’t machine washable,” said Gurira. “Our disguises were vile, but you can’t simulate that lingering, baked-in smell. Only the truly dead can create that stench.”

The escape was not without incident, however. As the group passed a merch table, producer Greg Nicotero discovered a row of TWD bootlegs and called out the vendor. “He blew his cover and the horde was on him in seconds,” said Lincoln, who told the remaining cast to keep their eyes forward and ignore Nicotero’s cries for help as they tore his dignity piece by piece.

“Luckily I had a shotgun,” Lincoln explained.