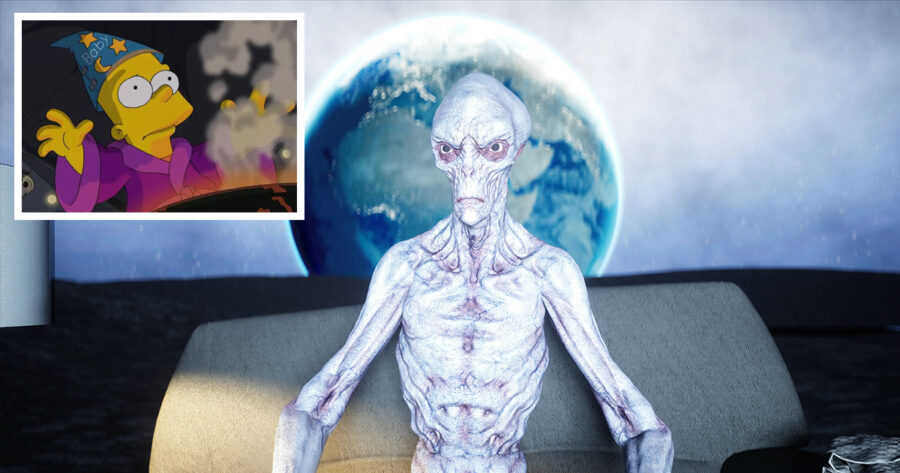 WASHINGTON — Astrophysicists from the NASA confirmed that radio waves of the bad The Simpsons seasons are beginning to reach distant planets for the first time.

“It’s a grim reality, to say the least,” said longtime NASA employee Natalie Cho. “We’re worried this could severely impact our chances of first contact with any alien civilization that sees these episodes and thinks our species are a bunch of comedic philistines who aren’t ready to join the intergalactic community.”

“All that good will we built up with seasons three through seven could all vanish in an instant,” Cho continued. “And that’s just The Simpsons. We haven’t even begun to account for the alien reaction to those Futurama revival episodes.”

Many Simpsons fans took to the internet to discuss the press conference, including Nik Moran, a member of “Simpsons Shitposting” Facebook group.

“Even banking on the idea that they posses some kind of brain function above that of humans, it’s still a stretch to think they respond with anything but bewildering anger when Kid Rock shows up in ‘Kill The Alligator And Run’ (S11E19),” Moran said. “Comprehending that is just beyond any living thing.”

“We’re continuing to monitor the situation closely,” said Cho. “It’s going to develop over the course of years, but we have already advised the White House about the threat of outright alien invasion when the two-part episode ‘The Great Phatsby’ begins to reach some of these star systems in approximately 2040. A hip-hop parody of ‘The Great Gatsby?’ How could that be seen as anything other than a cultural declaration of war?”