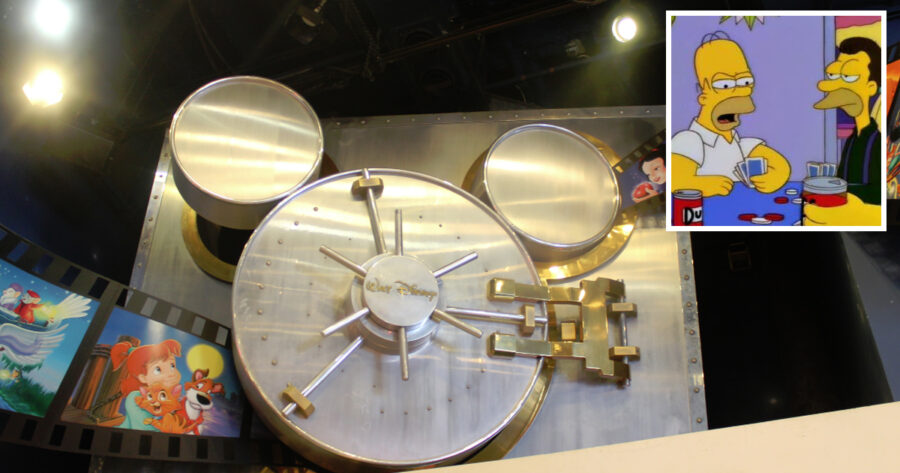 BURBANK, Calif. — A representative from Disney has announced that the fan favorite second through eighth seasons of The Simpsons will be placed in the Disney vault and unavailable for retail purchase until further notice, following the acquisition of Fox by Disney.

“We know everyone loves those seasons the most,” said Disney executive Francis Baker.  “And we think the best way to honor those memories is to not let you acquire them legally for the foreseeable future.  Now that The Simpsons is a Disney property, we want to add that nostalgic sheen to it that franchises only attain once they are arbitrarily taken away from their fan base for years.”

Disney’s ambitious plans are not limited to merely stopping production on DVDs and halting digital downloads.  They’ve announced additional intentions to round up old any old VHS tapes being sold at thrift stores and garage sales and destroy them. The announcement has caused an uproar in the fan community, but Baker and Disney have remained committed to the plan.

“Frankly, Disney owns these things now, it’s up to us how you enjoy them,” he said. “But great news, there is still going to be plenty of Simpsons for everyone! Have you watched the new episodes? They’re actually pretty good if you forget the other ones ever existed, which we are working on doing.”

“We want to shift the focus away from the past and into the future, and most importantly, we want this enduring cultural touchstone to maintain its integrity as it heads into its thirtieth season this fall,” Baker told reporters.

Baker ended the press conference by premiering the teaser trailer for next summer’s Lego Chewbacca Homer: A Spider-Man Tale.