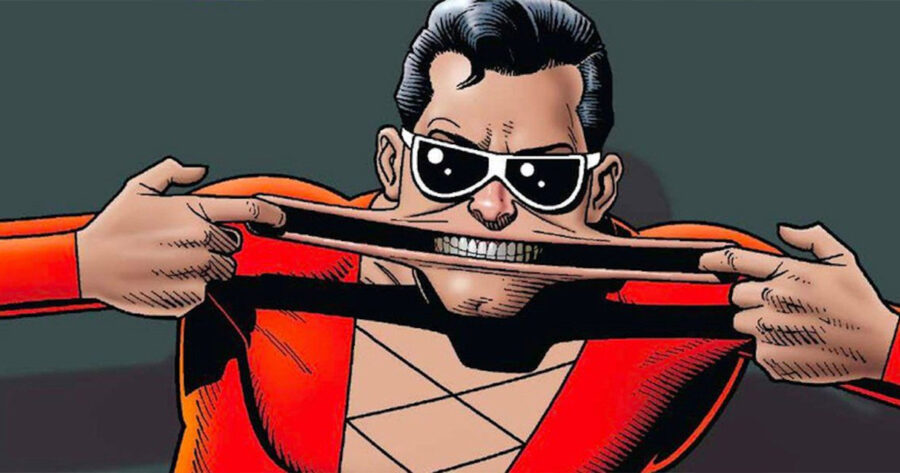 METROPOLIS — S.T.A.R. Labs released a shocking new study revealing that 90% of people in the DC Universe unknowingly have tiny pieces of Plastic Man throughout their bloodstream.

“These ‘micro-Plas’ particles can be difficult to see without a microscope and do not biodegrade naturally,“ said S.T.A.R. Labs Head of Research Ambrose Baker. “While we still don’t know the full effects they have on the human body, early testing shows that they could lead to serious lung issues, a higher risk of cancer, and the potential to turn you into a giant red-and-yellow blimp with a big tongue that rolls across the ground when you see a sexy woman.”

When reached for comment, Plastic Man downplayed the risks to the environment and human health caused by the little pieces of himself left behind after turning into a mailbox or stretching his arms after a getaway car.

“Am I concerned about the micro-Plas particles? Of course. But we live in a society that has significantly benefited from Plastic Man, and we shouldn’t be so quick to throw the baby out with the bathwater,” said the hero through their lawyer, Harvey Dent. “I’m very excited about heroes who derive their abilities from renewable sources like Elongated Man, but they’re just not ready for mass public adoption yet.”

The S.T.A.R. Labs report also shed light on the sheer amount of Plastic Man found in nature, with micro-Plas particles being found in shellfish across the world.

“This isn’t tomorrow’s problem. If we don’t take control of the amount of Plastic Man we’re exporting, we’re going to see major consequences to public health and the environment,” said Baker. “In the meantime, I recommend people wear big white goggles in case the micro-Plas particles make your eyes bulge out of your head like a Looney Tune.”

At press time, the Justice League released a statement declaring their intentions to move away from using Plastic Man by 2050.