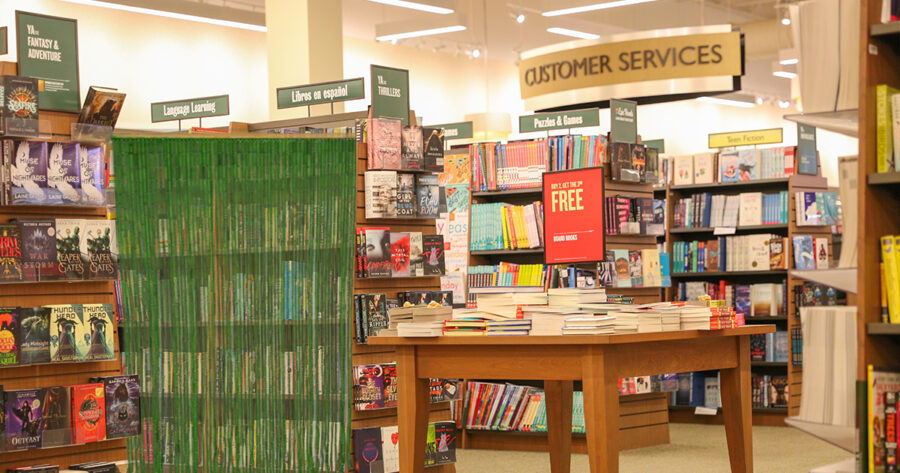 “In extremely related news, we are also rolling out floor to ceiling air fresheners.”

The new section will be shielded from the general public by a beaded bamboo curtain, as well as an “Adults Only” red neon warning light. Additionally, Barnes & Noble will put all purchases in a discreet brown paper bag decorated with Sailor Moon characters.

“We have had immediate success,” Fifth Avenue Store Manager Slade Williams said, one of the test stores for the new room. “Although it is mostly people going in and looking around but not buying anything. Maybe we can shove a Starbucks in there and hire a Japanese girl as a barista.”

A line of mostly 20-30 year-old men waited in line for hours to be one of the first to see the new room, although many said that they found the selection rather lacking in body-pillows and dating simulators.

“I was kinda hoping for some of the more rare stuff. Like ‘Chichi, Miruku O Jisan’ [Bring Me Milk, Father] which never got a proper American release,” a consumer who wished to remain anonymous, but whose name is Mark Robins, said. “They had practically no tentacle stuff and the Futanari genre was all mixed in with the Yuri. I hope they work the kinks out or my love-doll and I won’t be coming back. This is all off the record, right?”

Barnes & Noble have reportedly booked prominent artist Brendan Gunn, known for his indecent renderings of characters from The Simpsons, for an in-store signing that has a limit of one awkward question per customer.