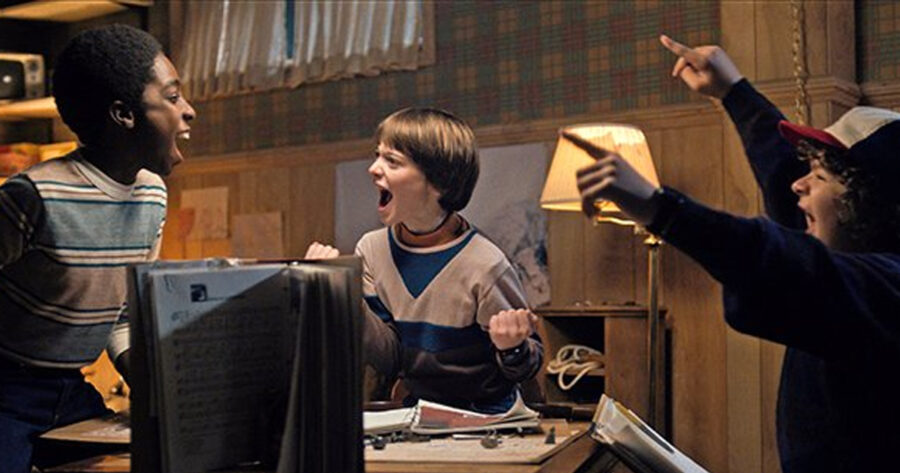 Stranger Things is known for its massively talented young actors and nostalgic 1980s Spielberg-esque horror vibes. It features telekinetic children, creatures from other dimensions, and the chick from Edward Scissorhands.

But the most glaringly ridiculous, unbelievable thing about this show is that they expect me to believe that these kids have enough friends to play Dungeons and Dragons.  Sorry, nerds, but I’m not buyin’ that one.

One of their little friends go missing and they find him with the help of a small, psychic Sinead O’Connor and Samwise from Lord of The Rings. Like, okay? We’re really just gonna skip over the fact that NO ONE in the history of the world has ever had that many friends? Are we just going to pretend that it’s possible to play consistent games of D&D without people dropping out each week?

I know there’s a thing called suspension of disbelief, but this is just too ridiculous. Aliens are real, the government confirmed that not long ago. But there is no science to support that anyone has ever had enough friends to play D&D. I’m not falling for this shit again, Netflix. Not after that absurd Making A Murderer show. Like police in the Midwest would ever be that corrupt. Stupid.

Though, I have to give credit where it’s due. We have all been responsible for at least one of our schoolmates dying in a pool at some point. Some things are just universal experiences.