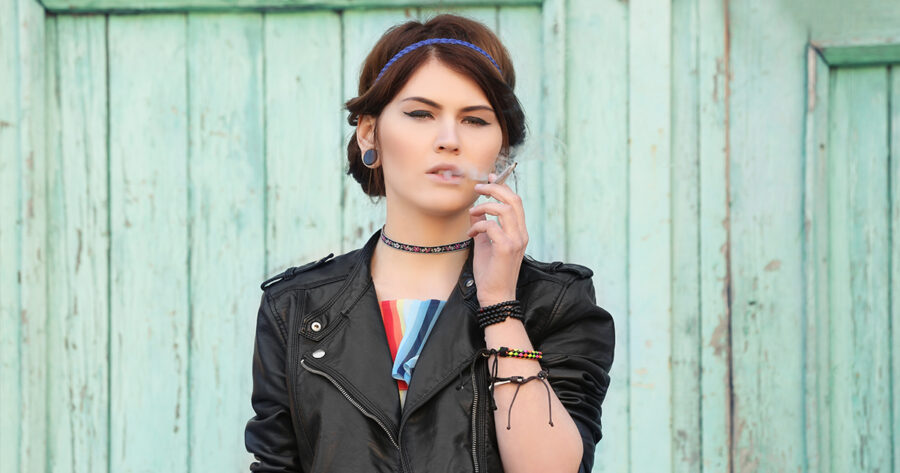 DETROIT — Local pothead Sarah Murphy’s distress after encountering a spoiler of a movie she planned on seeing was immediately relieved after she forgot what she’d read just moments later, awe-struck sources confirm.

“It’s so annoying. A movie will be out for 10 minutes and Twitter will be flooded with spoiler-y memes,” said Murphy. “I work at Hungry Howie’s six days a week and I can’t even safely scroll through my timeline while I’m hitting a bowl in my car in between deliveries. Nothing’s sacred anymore, man.”

“Luckily, I totally spaced on whatever it was,” added Murphy. “I feel like it was a sad Keanu thing that might have explained the twist ending or something, but who can be sure?”

“I mean, I don’t think I’ve ever forgotten a spoiler before,” said Murphy. “I do forget other stuff a lot though, too. I’m always running back inside the house because I forgot my wallet or my phone. The other day I ran back in for my keys until I realized I had to unlock the door to get back inside. Hey, do you have anything to drink? My mouth is super dry.”

Jeff Lloyd, a longtime friend of Murphy’s, claims that she has a complicated relationship with spoilers.

“I can understand where she’s coming from. Nothing’s more annoying than waiting forever for a movie and then having the ending ruined for you at the last minute,” said Lloyd. “But she’s overly paranoid about them. I asked her if she’d heard about the coronavirus and she plugged her ears, started yelling, ‘la la la’ and ran away from me. I love her man, but she smokes too much weed.”

At press time, Murphy was holding up the line at the ticket counter struggling to remember what movie she had wanted to see in the first place.