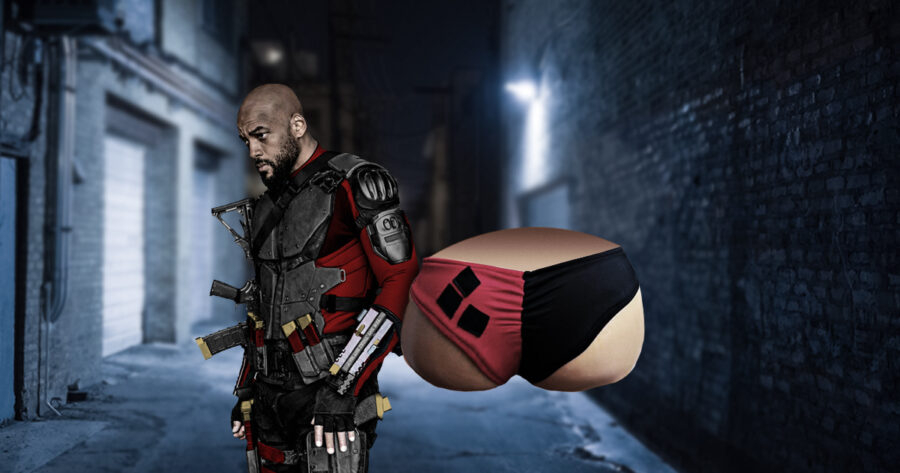 LOS ANGELES — Scientists at Los Angeles’ Hollywood Star Replacement Laboratories (HSRL) have revealed their latest breakthrough this week in the form of a lab-grown, sentient buttocks who will replace actress Margot Robbie in her role as Harley Quinn.

“We loved what Margot was able to do with the role, and we definitely showed that by only showing her on camera with close ups of her butt,” explained Warner Brothers executive Walter Hamada. “Ultimately, however, what we’re looking for in her character is more butt. In fact, we would love to just erase the whole rest of her body, if possible. And today we were able to achieve that goal.”

The development was a part of a partnership between the HSRL and LA plastic surgeon Dr. Kimberly Ross, who has been hard at work making women’s butts more appealing for Hollywood executives for over a decade.

“This truly is a breakthrough,” said Dr. Ross, who shed a tear placing an arm around the new ass at the press conference. “I’ve been waiting my whole career to cut out the actress and highlight the shapely star of the show.”

Robbie was set to reprise her role as Harley Quinn in the upcoming DC film Birds of Prey but Warner Bros. has confirmed she will be replaced by the ass, affectionately referred to as “Margie” by the production crew.

“We believe that Margie will be just as good, if not better for the part then Margot Robbie,” said Birds of Prey director Cathy Yan. “Ms. Robbie is still on the film as a producer for now, but we’re testing to see if Margie’s newfound sentient talents extend beyond acting to the production studio. Fingers crossed!”