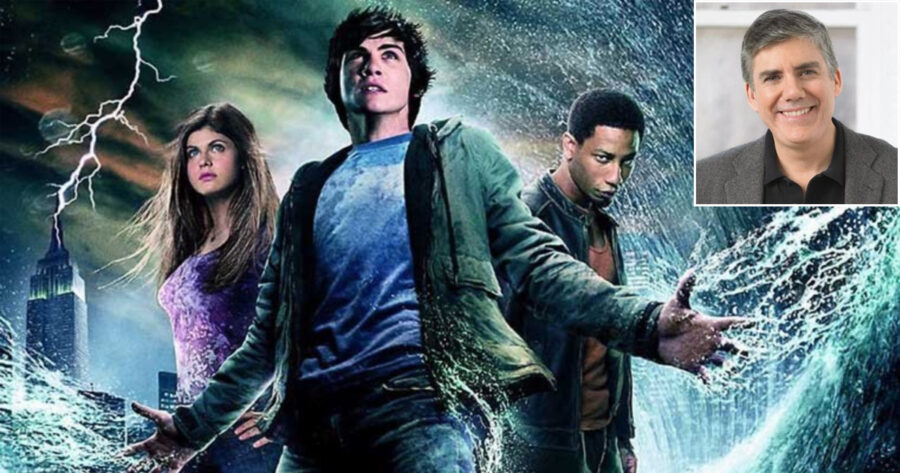 Although evidence of this character trait does not appear in the text of his book series Percy Jackson & the Olympians, Riordan claimed that he knew about Jackson’s rich and varied sexual outlook from the very beginning.

“The entire time I was writing the Percy Jackson series I imagined that upon reaching adulthood, he would come to understand that sexual attraction can occur between a man and a satyr, or a cyclops, or even a multi-tentacled dog dragon hybrid,” said Riordan. “In my mind, Percy’s sexual journey first started within the hotwife and poly communities. This was where he discovered that romantic attraction is fluid. Percy then eventually fulfilled his destiny as the donkey-dicked Dirk Diggler of Camp Half-Blood.”

While Riordan contends he always imagined this life for his beloved YA character, some accused him of only now creating these stories to one-up fellow author JK Rowling, who famously revealed that her Harry Potter character Dumbledore is gay.

“Frankly, it’s insulting to insinuate I’m doing this because her books outsold mine and I’m jealous of all the attention the Dumbledore and Grindelwald affair has gotten, as well as the fact that she has a theme park and I don’t,” said Riordan. “The truth is I really always planned for Percy and the other demigods to have intense suck-and-fuck fests that put that whole wizarding world of muggle dorks to shame.”

While some fans are angry over Riordan’s assertion that Jackson is pansexual, others like Samantha Oleander are unsurprised by this revelation.

“Did I ever imagine that Percy Jackson would someday steal Zeus’s master lightning bolt and use it to milk the God of Thunder’s prostate? Yes, absolutely. In fact, I wrote fanfic about it years ago,” said Oleander. “You think it’s just a coincidence, or is Riordan ripping me off and I should consult a lawyer?”

As of press time, author of The Mortal Instruments series Cassandra Clare announced on Facebook that every one of The Shadowhunters can fellate themselves.