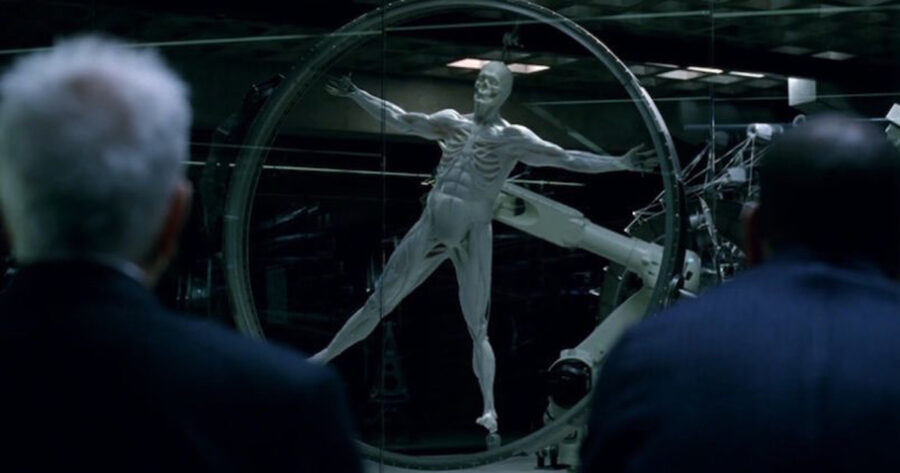 CHERNSVILLE, Calif. — Artificial intelligence researchers at the Chernsville Institute of Technology (ChIT) announced that they are closer than ever to building artificial life, but at least a decade away from understanding any of the plot points of Westworld.

Sheryl Banks, a member of ChIT’s natural language processing team, has made major strides developing programs that can understand and react to naturally spoken language. “Which is why it still can’t understand Anthony Hopkins’ dialogue, though,” she said. “What does he want, exactly? Also was that his real consciousness imported into a machine, or a figment of Bernard’s imagination of him?” she asked, shrugging. “We simply don’t have the technology to decipher Jonathan Nolan’s writing.”

Bank’s co-worker, Yanno Cowl, is working in one of the most exciting new fields of artificial intelligence research: duelling neural networks, where two neural networks provide feedback to one another in a loop that endows a system with a kind of imagination. “I don’t think ‘imagination’ is really Westworld’s main problem,” said Cowl. “It’s problem is making any kind of damn sense.” Asked if his duelling neural networks were similar to the duelling personalities of Dolores and Wyatt, Cowl paused.

Perhaps the most complicated field of AI research is quantum computing, which Shonna Barbado heads at ChIT. Asked to explain quantum computing, Barbado said, “Sure, no problem. We can get through the basics in under an hour. Unfortunately, if you want to talk about the whole Arnold/Bernard timeline, I’ll need to clear most of next week.”

“Okay, here’s what quantum computing is. You know Schrodinger’s cat? It’s a cat inside a box and it’s either living or dead. Boom, you got a rudimentary understanding of an incredible complex scientific field.”

“Now imagine there’s two cats in the box. And both of them are Dolores. But one of them is played by Tessa Thompson. What the fuck is up with that?”