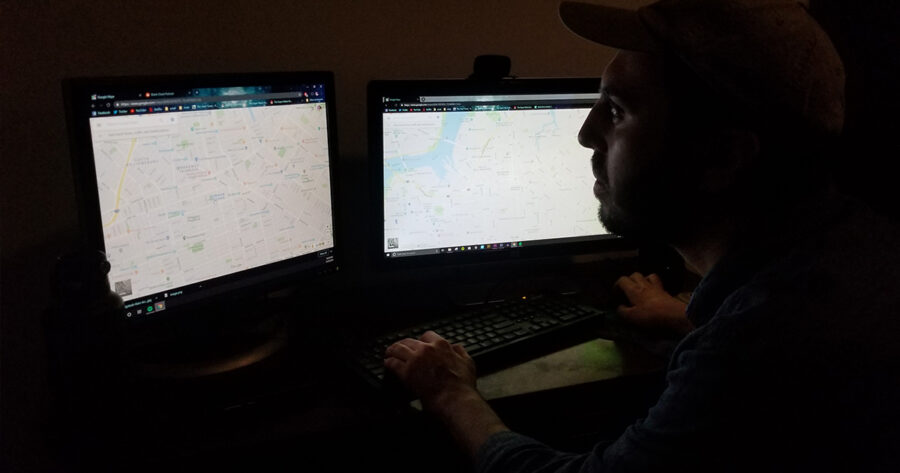 LOS ANGELES — Podcast fan Garth Hickman announced recently that he’s confident that he would be best friends with Zach Briggs, co-host of the popular Three Dumb Dudes comedy podcast, if he were only able to determine Briggs’s exact address.

Hickman, who has listened to every episode of the podcast’s 10 year backlog, is reportedly knows that a single meeting between him and Briggs would be all it would take to cement their bond. “Zach and I are both huge metalheads. If he sees the picture of my Metallica original pressings, he’ll have to hang out with me,” said the 32-year-old computer engineer. “Plus, one time we made eye contact at a live show, and we were definitely vibing. I’m sure he remembers.”

Hickman went on to explain that his plan was in its third phase.

“Phase one was learning everything I could about Zach: Where he fits in the pecking order at the podcast, what kind of stuff he’s into, any casual mention of what neighborhood he’s living in, those kinds of things,” he said. “Legally speaking, I can’t say what phase two was. But if phase three goes right, we’re either going to be best friends, or I’m going to be making my way to the Canadian border.”

“I just don’t want to come off as a weirdo,” Hickman said. “Zach always talks about how much he hates that stuff.”

For their part, the hosts of Three Dumb Dudes say they do what they can to discourage the kind of fandom Hickman and others have gravitated toward. “We like that our fans are so into what we’re doing, but we really try to maintain some amount of distance,” Briggs said in an interview. “We do that by discussing the intimate details of our lives, giving our fans a group nickname that we address them by, and creating an elaborate, intimate shorthand that makes them feel like they’re part of something bigger than themselves.”

“I get it,” Hickman said in a statement delivered while he was in LAPD custody. “Friendship takes time to grow, and you really shouldn’t try to take a shortcut. Next time I’ll make sure to include more of the show’s catch phases before we try to meet.”