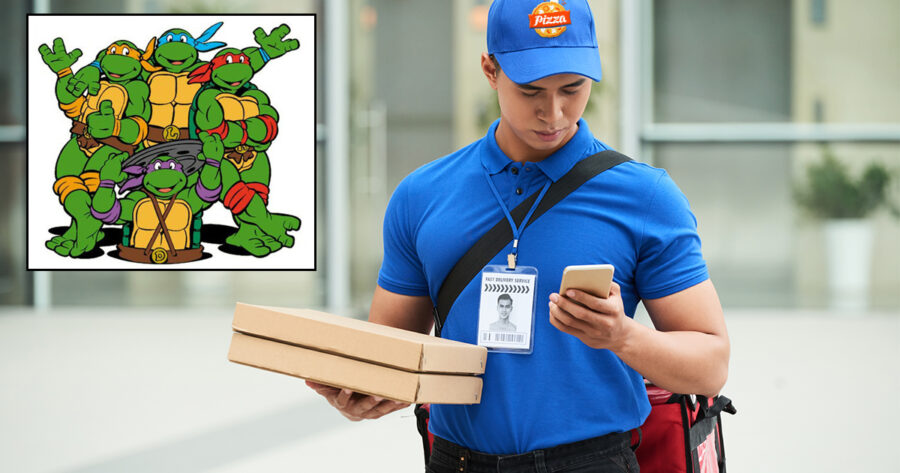 NEW YORK —  Long time Domino’s delivery driver Antonio Esposito is reportedly concerned over the wellbeing of the Teenage Mutant Ninja Turtles after having not been asked to shimmy any pizza pies through the slits in a manhole for several weeks.

“Used to be once, twice a week, easy,” said Esposito, after a recent closing shift. “And those are just the ones I took. Who knows how many they were getting total? Anyways, I haven’t had the awkward encounter of handing some mutated Jeff Spicoli a disgusting anchovy pizza through a sewer in a little while now, so I’m a little worried Shredder got them or something, you know?”

The Teenage Mutant Ninja Turtles, whose existence is unproven yet commonly agreed upon, have been beloved figures to their native New York City ever since they first appeared decades ago, when most residents agree they helped contain the Foot Clan crime wave of 1990. Their lower than usual profile in the last several years have recently inspired some grim predictions from the scientific community.

“I mean, I hate to say it, but Turtles generally live between 30 and 40 years,” said Dr. Linda Saldano, a Herpetologist at the Central Park Zoo. “Those are pretty high numbers in the animal kingdom, sure, but there’s no dancing around the fact that if they were teenagers a few decades ago, well then … I don’t want to say it, but I’m afraid the party might be over, dudes.”

Many, including Esposito, have taken comfort in more optimistic theories.

“Maybe they got on Keto,” he said. “Or they went back to Dimension X. I know I think about moving back to Akron all the time. I wouldn’t be surprised if that bastard de Blasio kicked ‘em outta the city somehow.”

“Or maybe those pies just looked like shit after I whipped them down there.”