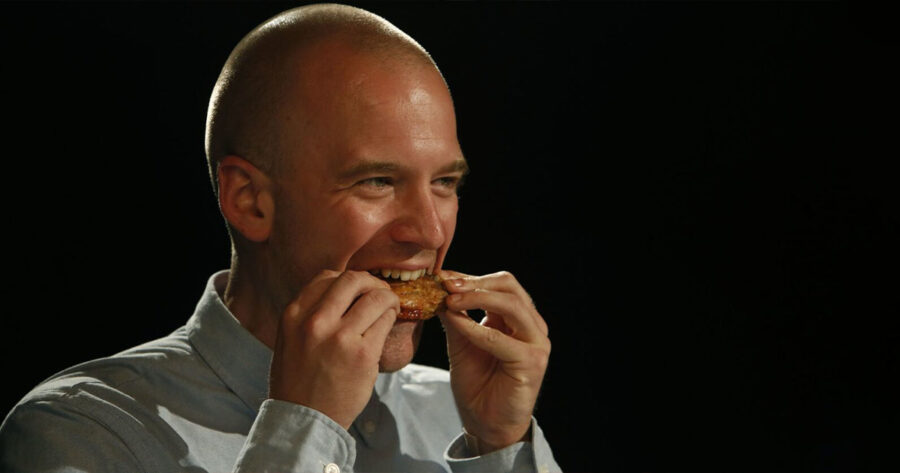 “Oh God! He’s not surprised by my detailed research and esoteric questions! That’s it, there’s only one way out,” a manic Evans blurted out, fumbling with the glass case containing the poisonous wing taped under his chair. “If you won’t make wincing faces at the hot sauces for our thumbnail, there’s nothing left for me to do. I always knew it would end like this; I’d rather die a warrior’s death than produce a milquetoast interview. This is what my training was for.”

Daniel Craig, the celebrity being interviewed on Hot Ones, said the sudden nose dive of the interview was incredibly surprising.

“I’m bad at answering talk show questions, and I’m amazing with spicy food, so I think he freaked out,” Craig told police at the scene. “When I made it through the first four wings without any hilarious outbursts or clumsy milk-grabs, I could see him squirming in his chair. Once he brought up an old post from my Instagram and I wasn’t phased, he pulled the cyanide wing from its hiding place and ended the interview right there.”

At press time, sources close to the situation reported that the despondent interviewer even added an additional dab of cyanide to the wing before taking his final bite.