Opinion: Can You Guys Stop Comparing the SCOTUS Decision to The Handmaid’s Tale? I Still Havent Seen It 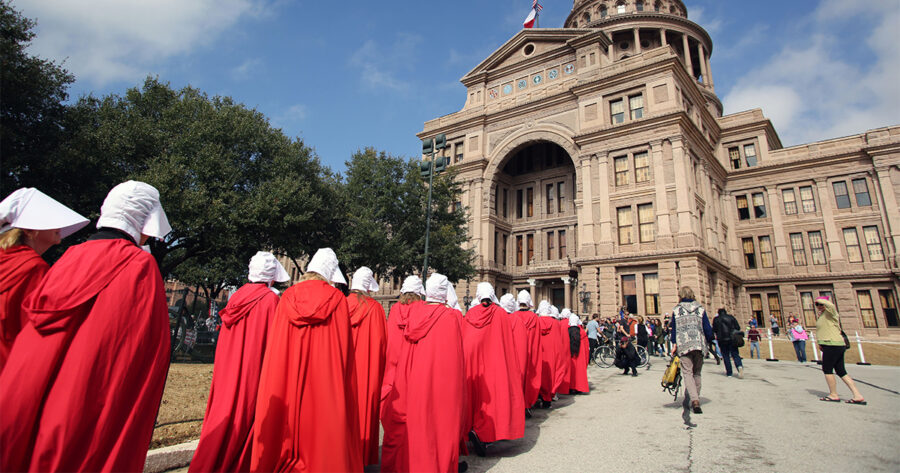 I have been seeing a lot of posts about how awful the Supreme Court decision to undo Roe v. Wade is and I cannot agree more. I am all for abortions and I think it’s absurd that these old white men can police women’s bodies. Now with all that said, I have been seeing this decision often compared to the critically acclaimed television show The Handmaid’s Tale, and while the SCOTUS decision is bad, I also firmly believe that we shouldn’t use the opportunity to spoil the show for people like me who haven’t seen it.

Let’s get our priorities straight here and build a movement of solidarity. There are, I’m sure, thousands of us across the United States who support a woman’s right to choose and also do not want to be spoiled for a show that looks really interesting. How can we say that we believe in bodily autonomy for abortions but not the bodily autonomy to watch The Handmaid’s Tale on our own time?

And before you say it, yes I’m aware that the book has been around since the 1980s and the show has been around since 2017, but I have been busy alright? Busy fighting for the rights of women everywhere? Well, no, but that’s not really the point. And I have been supporting women more, lately, by talking to them more when I see one, but they don’t seem to want to talk back to me. Not really my fault.

Can’t you just compare the collapse of Roe v. Wade to a show I’ve already seen, like Stranger Things? You could make an argument that we are in the Upside Down world or that D’Artagnan looks like an aborted fetus. I don’t know, I’m not a writer; that’s for you to figure out. I’m just saying that maybe we shouldn’t shut people out of this movement because they haven’t seen one show (other than Stranger Things). In this guys opinion, if you want people to regain hope, make the solution to this SCOTUS decision DND style.

Honestly, I think this is just another issue for SCOTUS to tackle. If the Supreme Court is going to dismantle women’s rights, destroy the power of the EPA, and give states the ability to ignore the results of federal elections, the least they can do is also enforce a ban on spoilers on the internet. They even name the case after my username. Snapkillsdumbledor92 v. Internet Spoilers has a pretty nice ring to it, actually. I would love for this to be what I am known for.