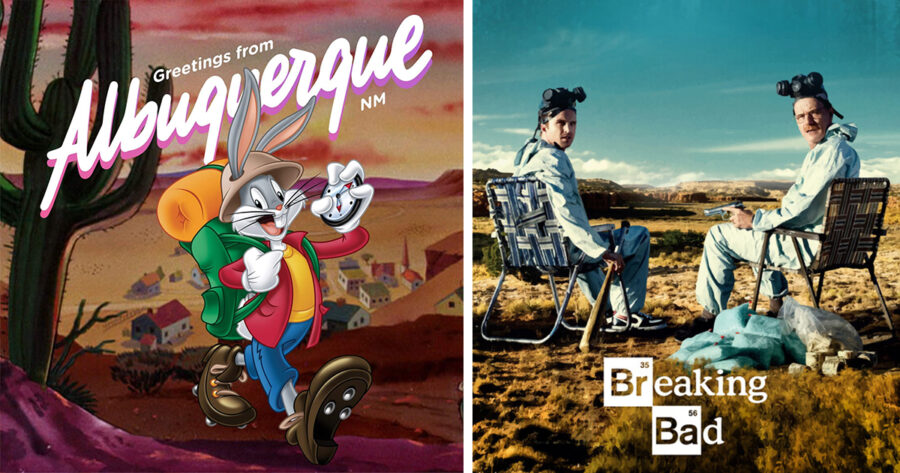 LOS ANGELES — Vince Gilligan announced today that the newest project in the rapidly-growing Breaking Bad universe will follow Bugs Bunny during the events of the infamous wrong turn he once took while traveling through Albuquerque.

“We are so excited to bring What’s Up to AMC this fall and to finally see what happens in the moment when Bugs Bunny forgets to take that left turn at Albuquerque,” Gilligan said in a statement. “The world of Breaking Bad’s Albuquerque is one that means a lot to me, but my love of the southwest first began watching Looney Tunes. I can’t wait to share this show with audiences and connect the story I’ve been telling since 2008 with the one that Mel Blanc, Chuck Jones, and everyone at Warner Bros. have been telling since the 1930s. I think everyone is going to be really excited to see just how Bugs Bunny became the Bugs we know and love in Breaking Bad.”

Unlike Better Call Saul and El Camino, which take place before and after the original series respectively, What’s Up will explore the world of Walter White’s criminal empire from a completely separate perspective. An early trailer screened for the press shows images of Bugs Bunny as a drifter who accidentally ends up in Albuquerque on his way to Pismo Beach and is pursued by law enforcement after being confused for Heisenberg.

Other co-headlining stars who will be featured in What’s Up include Daffy Duck and Elmer Fudd, as well as Dean Norris, who will reprise his role as Hank Schrader from Breaking Bad.

“At first I was skeptical of this project, but these ‘toons sure are fun to work with,” said Norris. “That rabbit is a really great scene partner, but I didn’t think he had the chops to play someone damaged like the script calls for. Vince is able to find humor and seriousness in the writing really well, too. The other day we recorded a scene we did where [Bugs Bunny] sticks his finger in Hank’s service revolver, and instead of the bullet getting stuck like in Looney Tunes, it gets blown clean off. That’s when I knew we might have a hit on our hands.”

At press time, eagle-eyed fans were already predicting potential multi-season arcs for the series after spotting an ACME industries logo on a shipment crate from a mysterious unknown drug cartel.