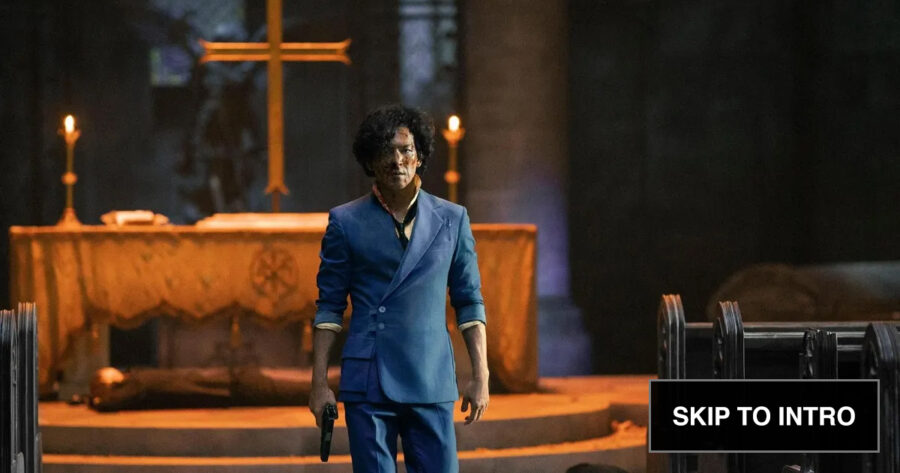 LOS ANGELES — Ahead of the live-action adaptation of the popular anime Cowboy Bebop, Netflix announced that it will create a “skip to theme song” button exclusively for the new show.

“Most shows have a ‘skip intro’ button, but for Cowboy Bebop, we knew we had to do the opposite. We know what people like about this thing,” explained Netflix CEO Ted Sarandos. “Our data actually shows that the live action Death Note not having an intro song is the main reason it was a failure, so we want to make sure we don’t make the same mistake again. Because here at Netflix, we’re all about catering to what the viewer wants, even if that means a show where you just watch a really cool intro over and over again. No judgment here.”

“Not to mention, this is a perfect way to distract people from that whole Dave Chappelle thing,” Sarandos added. “With a theme song this good, people will forget all about the fact that we have very little content made by trans people.”

“Even though it bums me out that no one will see my acting, it makes sense that they would add that function. Hell, the main reason I signed on to the show was for the music,” Cho said. “To train for this role, I used one headphone in my right ear to listen to smooth jazz, and in the left, I listened to freeform jazz. Also, I practiced a little karate, but that was pretty minor. Listening to jazz was most of the work I did to prepare for the role.”

“Oh actually, I also method acted that my wife was dead by my best friend’s hand, which was pretty crazy, I guess,” he continued. “But again, the music was the main thing I did to prepare.”

“I’ve never watched Cowboy Beep Boop or whatever, but I’ve been a huge fan of the band Seatbelts for years and I’m excited to finally see their work — and nothing else — on the big screen,” said message board user Urgonacarriedatw8. “I’ve been saying for YEARS that they need to work on some non Cowboy shit, and everyone yells at me. ‘They only exist because of the show, Cary,’ they say. ‘You have to stop arguing with people on anime news sites about shows you don’t even watch, Cary,’ they say. ‘You need to fill out the national census survey and stop living off the grid, Cary,’ they say. Well who’s laughing now?! I am. I’m laughing maniacally.”

At press time, Netflix announced they were also working on a feature that would just start playing the theme song as soon as you open the app on any device.