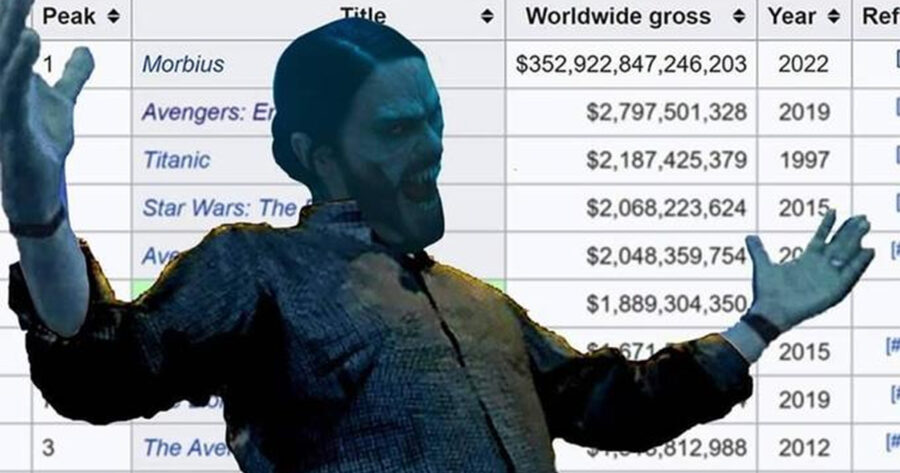 “Oh yeah, it’s gonna touch down in the next 36-48 hours for sure, and no telling how fast it’ll spread after that,” said Dwight Gibbons, a meteorologist from WKDN that predicted the meme’s arrival to the aging social media platform. “I’d recommend getting ready to see your old friends from high school posting pictures of empty theaters and Morbius tickets with ironic captions for the next month or two. At least until they get a hold of that ‘She’s a 10,’ thing I don’t fully understand. Be ready for this storm to rage until the end of the summer, easily. May god help all of us that still check our Facebook pages once in a while. ”

The meme status of Morbius was news to Peggy Bowman, a local resident and active Facebook user that thought Jared Leto was “sexy.”

“Oh, so they’re saying it’s a bad movie?” asked Bowman, mother of four. “That’s too bad, they work so hard on those things. Maybe they should’ve put some Minions in there or something. Anyway, I saw a page that said they were requesting they release it again in theaters which I thought was so funny, so I signed it and have been sharing it every few hours on my timeline and tagging my nieces and nephews in the posts. They just love stuff like that.”

Sony representatives had an optimistic viewpoint about their film’s punchline status receiving a renaissance once Facebook users were made aware of it.

“Look, there’s no such thing as bad publicity, and we’ve had a lot of publicity for this film,” said Edward McNamara, a Sony spokesperson. “And while trying to sell a laughingstock of a movie is arguably not a great position to be in, you can’t tell me having the entire world talking about your film again is a bad thing. How is that a bad thing? Oh god, we don’t have to release this in theaters yet again, do we? I just started being able to sleep again, for God’s sake.”

As of press time, your father called and asked if you’ve heard of a movie called It’s Morbin’ Time.