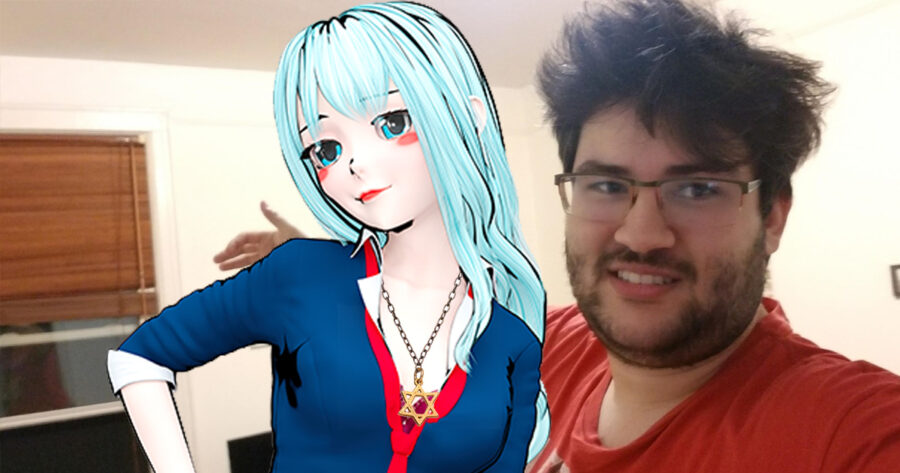 SCOTTSDALE, Ariz. — After seeing her son Jacob Cohen bring home his new girlfriend for Passover, a body pillow with the image of a young Japanese school girl, local Jewish mother Lisa Cohen was reportedly disappointed to see it was another gentile waifu.

“I just don’t understand it,” Lisa Cohen kvetched to reporters. “I raised him right, we went to Synagogue every week — almost every week — I mean, I took him to High Holidays. I spent good money on his bar mitzvah and he repays me by bringing home this stuffed shiksa?”

“I told him, ‘If you want to date a pillow, be my guest. But she has to be a pillow from a good Jewish family,’” a distressed Cohen explained. “Now don’t you get me wrong, Asuna is a lovely girl, but I mean, I knew something was wrong the second I heard that name.  What kind of a Jewish girl has a last name like Yuuki?”

According to close sources from inside the house during a Passover seder, Jacob’s grandmother Ethel Kleinberg agreed that the coupling was not suitable as a result of the new girlfriend’s lack of Jewish heritage.

“Jacob tells me Asuna’s title of ‘Best Girl,’ is very prestigious, and her extracurricular activities are certainly impressive. It’s not everyday you meet a young lady with maxed-out Rapier skills who also cooks,” Kleinberg said, lowering her voice. “If things get serious, is she prepared to convert? It just seems easier to me to go to a nearby kosher comic-con and buy a waifu that was born Jewish already. But it’s Jacob’s life!”

Despite his family’s pleas, Jacob says he has no intention of breaking up with his non-sabbath celebrating significant other.

“I keep trying to tell my mom that there are no Jewish waifus. I don’t see what the big deal is.  All the other guys in anime club have waifus. Some even have like five, and Rebeckah Miller from up the street is Jewish too, and she won’t shut up about how her husbando Sebastian isn’t even circumcised.”

At press time, Cohen admitted that while she still did not approve of her son’s burgeoning romance with Yuuki, at least Yuuki was open to eventually having children.