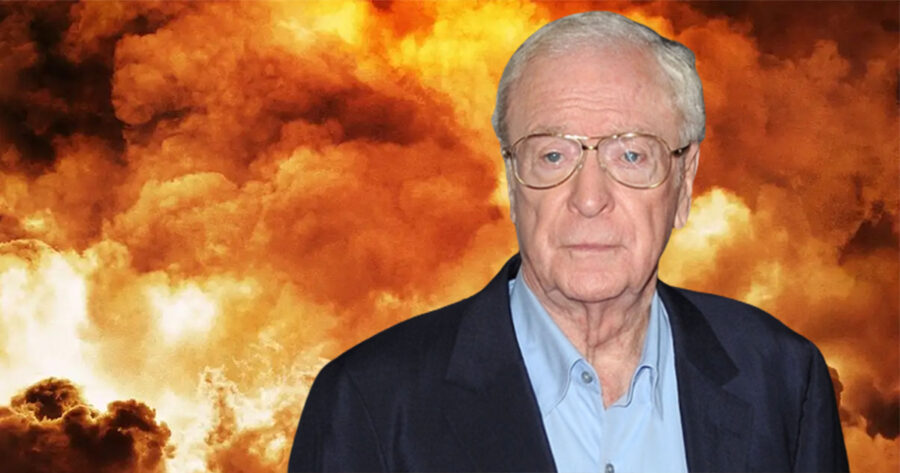 LOS ANGELES — Auteur director Christopher Nolan announced the latest addition to the star-studded cast of his 2023 film Oppenheimer today: Sir Michael Caine in the role of the atomic bomb.

“Chris came to me before the movie started production and told me ‘you’re my Fat Man,’” Caine explained. “I love working with him, so I obviously acquiesced. The role of the bomb intrigued me. While I usually give exposition or bring gravitas to clunky but necessary dialogue, this time I’m supposed to annihilate two Japanese cities on screen. It’ll be the acting challenge of a lifetime, but I’m ready for it. I have no lines, I just sit in a glass case in a lab for most of the film being ogled by scientists and Cillian Murphy until they drop me out of a plane onto Nagasaki in the third act.”

Nolan explained his casting choice while doing press for the upcoming movie.

“I felt that the bomb really needed to connect with audiences right away, and I went straight to Michael,” Nolan said. “Something about the manner he carries himself is so stately and professional, so I wanted him to be the dramatic lynchpin of the story. Just to be safe, we had him do a brief screentest where we dropped him on some scale models to see how it would look, and we knew right away he was perfect. There’s this amazing shot we got in IMAX of Michael falling over Japan, which we did for real, and it’s chilling. Oppenheimer’s story is so American, but I’m glad I could sneak in a British actor in there, even if he explodes into smithereens before saying anything.”

At press time, although he had not been officially announced to be joining the cast, sources reported Tom Hardy was just going to assume he’s in the movie somewhere until proven otherwise.