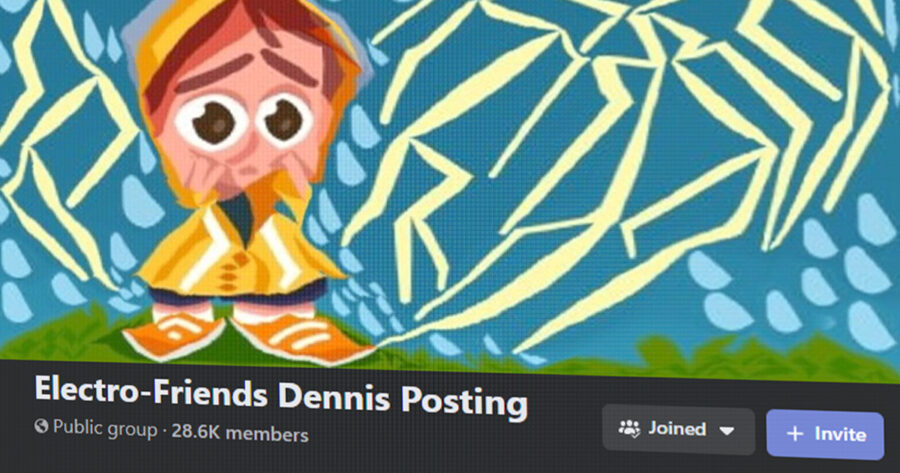 SARASOTA, Fla. — A Facebook meme group about the children’s show Electro-Friends has a more complex web of conflict than the show itself, several members confirmed.

“What I love most about Electro-Friends is the friendship between Electro-Boy and Electro-Girl. Even in the episodes where there’s no dialogue and some of the scenes aren’t animated, you can still tell they’re friends. That’s what matters,” wrote moderator Greg Sotto, 34, in a post to the group. “After our blowup over the Dr. Electro debate, I think some folks around here could learn a thing or two about friendship themselves. We don’t want another mass exodus like we had in March 2019 (shudder), so let’s keep the vibe positive.”

The mood of the group was tense following a recent altercation, in which two longtime members fought about the show’s only other character, Dr. Electro.

“Kat posted a meme that she clearly got from the Discord, even though she knows I have bad history with that place—I left in protest last month when the mods allowed a non-canon post to stay on the RP channel for two entire days,” said Vanessa Canto, whose application to be a moderator has been denied ten times. “And if that isn’t enough, the meme itself basically implied that Dr. Electro was more of a ‘neutral antagonist’ than a villain. I can’t believe I even have to say this, but Dr. Electro is an evil physicist. Full stop. His apologists should not be welcome in this group. I reported her to the mods, but they refused to take action. No surprise there.”

Kat Xander, the member who posted the meme, claimed Canto was only telling part of the story.

“This is not about Dr. Electro, who did nothing wrong. Jan has hated me for a long time. It all started when we were both mods on a fan group for the Danish spinoff series, Elektriske Søskende. I wouldn’t let her add her cousin to the group because her cousin couldn’t name ten episodes of Electro-Friends. It’s nothing personal, I was just protecting the integrity of the group. But that was ages ago,” said Xander, 13. “She needs to move on.”

Canto has reportedly taken her appeal to the group admin, but she has yet to hear back, as the admin stopped using Facebook two years ago.