Man Risks Life for Opportunity to Explain Tenet to Girlfriend 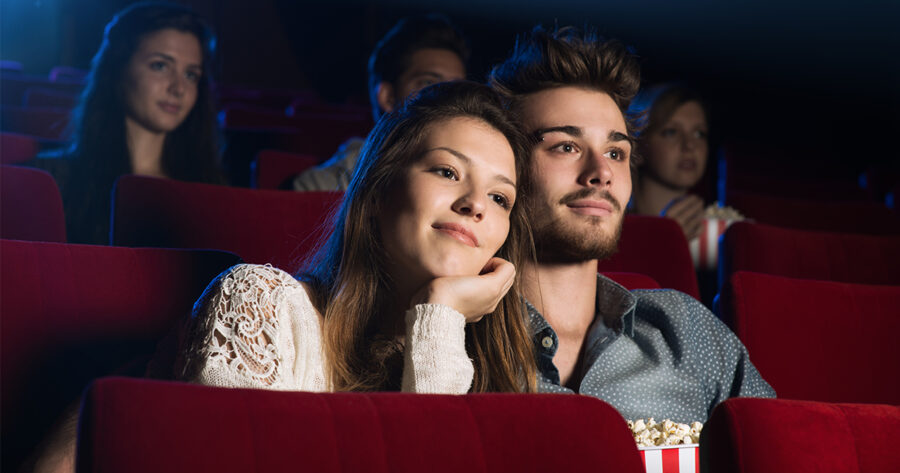 CHICAGO — Cinephile Brad Reznik attended a showing of Tenet, despite dangers associated with the COVID-19 pandemic, for the opportunity to explain the high-concept sci-fi blockbuster to his girlfriend.

“I don’t want to tell my future children that I waited to stream Tenet on my laptop, occasionally pausing to talk through the mechanics of time inversion to their mother,” said Reznik. “I want them to know I braved a deadly pandemic to see Tenet in IMAX and yell-explained pivotal moments of the time-bending plot to their mother the whole ride home when she came to pick me up.”

AMC employee Ken Dimick was nervous about the theater reopening during the pandemic. But Reznik’s infectious enthusiasm for the film’s puzzle-box narrative helped distract Dimick from the perilous working conditions.

“He stopped by concessions after the movie ended, beaming as he thought through what he just saw. He actually bought tickets for a second showing, just so he could really understand the mechanics of the third act before he told his girlfriend about it,” said Dimick. “That’s commitment. I didn’t even mind that he wasn’t wearing his mask when he refilled his popcorn.”

Reznik’s girlfriend, Amber Hughes, Ph.D., chose not to see the film in the theater, citing her concerns about sharing recycled air with strangers in an enclosed space. But even without the pandemic, she thinks she would have skipped Tenet.

“As someone with a Ph.D. in physics from University of Pennsylvania, I don’t really care for films that indulge in pseudoscience. To me, they’re more about making audiences feel smart, rather than feel, you know, emotions,” Hughes said. “Also, you don’t have to be a Ph.D to realize that sitting in a movie theater is one of the stupidest things you can do right now.