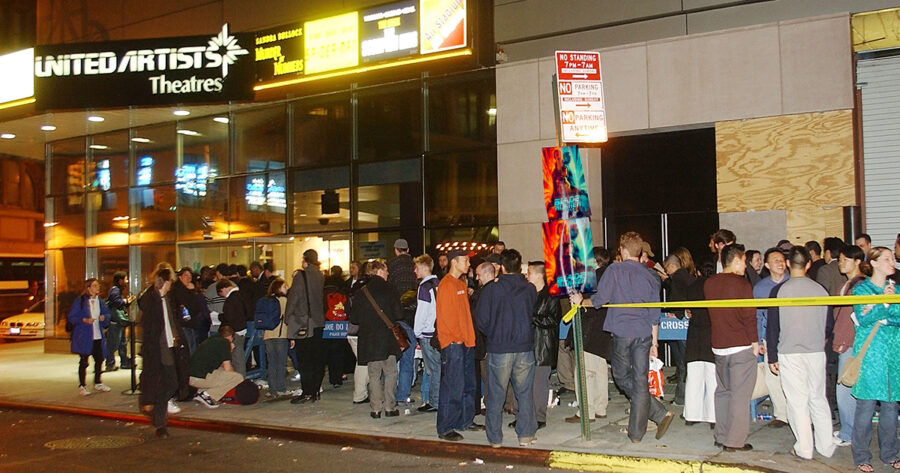 DENVER — Self-proclaimed film buff Logan Dwyer announced that the theatrical release of Blade Runner 2049 is inferior to the director’s cut, while still waiting in a queue outside the Denver Pavilions multiplex today for the midnight release, bewildered witnesses report.

“I’m a big film buff so it really Tanns my hauser to see a studio interfere with a director’s creative vision,” Dwyer said when asked for comment twenty minutes before the film’s first screening. “It’s so annoying to see the film cut out the part that confirms Deckard as a replicant… unless Ridley Scott wanted Deckard to not be a replicant. Then it’s annoying that the theatrical version of the film confirms he is.”

“It might just be little tweaks, but the executive meddling presumably undermines everything the filmmakers have been working towards, whatever that is. It’s probably pathetic,” Dwyer continued, conspicuously adjusting the copy of Do Androids Dream of Electric Sheep? tucked under his arm.

According to sources close to the scene, other moviegoers waiting in line for the premiere of Blade Runner 2049 disagreed with Dwyer’s criticisms.

“Jesus, is he still on that?” asked Mina Ng, who sacrificed her spot in line, pretending she had friends further back, just to move away from Dwyer. “The movie literally has not started yet so how could he possibly know which one he likes more? Also from what I’ve read on film blogs, the director’s cut isn’t even an improvement over the movie I’m about to see.”

Dwyer, however, remains convinced that executive interference has ruined Blade Runner 2049, which critics have hailed as a masterpiece.

“I could tell something was missing since I saw the very first trailer,” Dwyer said. “Like, where’s all the ambiguity? The badass existential nonsense? What’s with the fucking voice-over? Clearly WB is dumbing the movie down. I’m a big film buff, so that shit fucks me up.”

In spite of his misgivings, Dwyer hopes that an acceptable version of Blade Runner 2049 will someday exist.

“Sure, this is fifteen bucks down the drain—forty-five once I finish seeing it in theaters—but I look forward to personally assembling the definitive edition out of the director’s cut, the Blu-ray deleted scenes, bootleg workprint footage, and the Adobe After Effects contrast slider,” Dwyer said.

“Only then will we see the movie Ridley Scott was actually trying to make.”