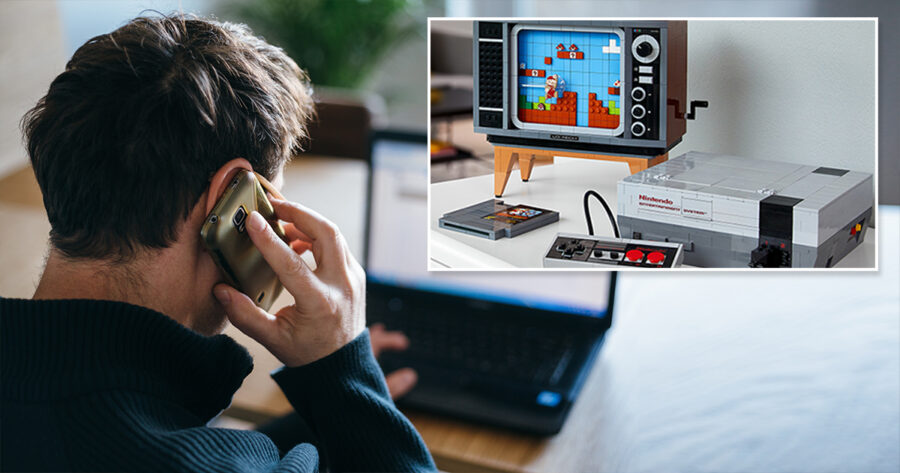 ANAHEIM, Calif. — LEGO customer service representative Janice Kirkland was well aware that caller and middle-aged man Mike Doherty was not asking for help with his “son’s” broken toy during a recent phone call, despite Doherty’s insistence to the contrary.

“My LEGO Mario figure was defective so I called for help. Don’t get me wrong, they were really helpful and accommodating, but I swear it felt like they were throwing air quotes up when they said ‘let’s get your son’s toy fixed.’ Don’t ask how, I could just tell,” said Doherty. “Let’s not mince words, I’m a 37-year-old man that purchased, assembled, and played with a LEGO set intended for ages 6 and up. Can’t you just let me have some of my dignity, please?”

LEGO rep Janice Kirkland later explained that calls like the one with Doherty were very common occurrences.

“This happens all the time. Back when I was first hired as a rep, I unwittingly made the mistake of asking a customer what their child’s name was. The guy panicked, started crying and then hung up,” said Kirkland. “We had to have a whole meeting about how to handle this stuff moving forward. Because the fact is, shaming the adult men that make up our customer base is a surefire way to send someone running into the Playmobil aisle.”

“We usually spend 20 minutes in the Target parking lot where he coaches me on how to convincingly say, ‘Do you think Julien, who is our son, would enjoy this LEGO Minecraft Zombie Cave?’” said Pepe. “Early on in our relationship I sort of teased him in front of the cashier about his ‘little blocks’ and he wigged out, saying ‘Very funny, lady who I just met, but I don’t even know you’ before running out to the car and hiding under a bunch of coats in the backseat.”

At press time, Doherty was considering pretending to be a child on future calls with LEGO, using methods including voice modulators and disguises such as a little pinwheel cap.