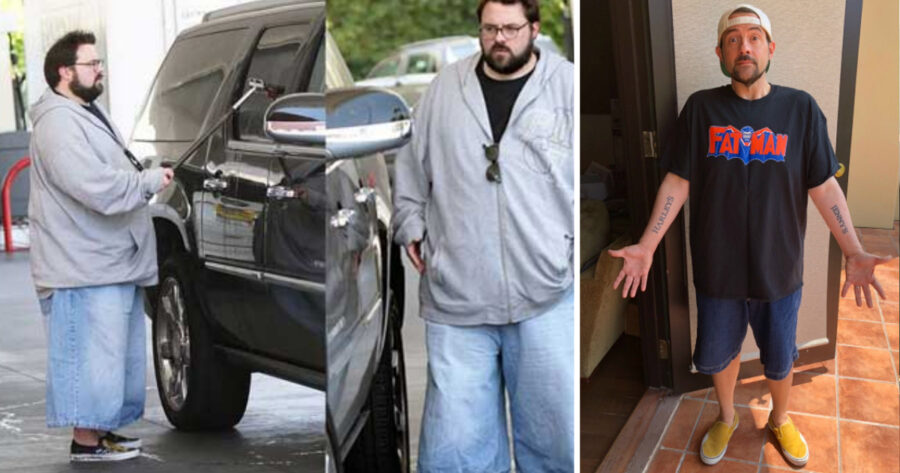 “That was pretty serious,” the writer/director said yesterday, on one of several podcasts he has started to document his newfound healthy lifestyle.  “I was really close to dying. I just didn’t realize how carried away my weight had gotten underneath all of these novelty hockey jerseys.”

“I knew things were bad when I couldn’t get my jorts over my belly,” Smith continued. “Now that I can comfortably wear my jorts, though, things are way better for me.”

Smith’s daughter, Harley, admitted to being worried about her father’s ability to maintain a comfortable lifestyle while making drastic changes to his health.

“I remember when the doctors told him he’d have to start living healthier,” she said. “I prayed to God that my father would be able to find jean shorts in a size smaller than 38. I guess someone must be up there listening, cuz my Dad’s running around like John Cena’s dorky older brother, looking better than ever, although not by much.”

As of press time, Smith, now a Weight Watchers ambassador, had posted several more pictures on Twitter, featuring him in custom made Under Armour running gear embroidered with the words “JEN’S HUBBY BOY.”