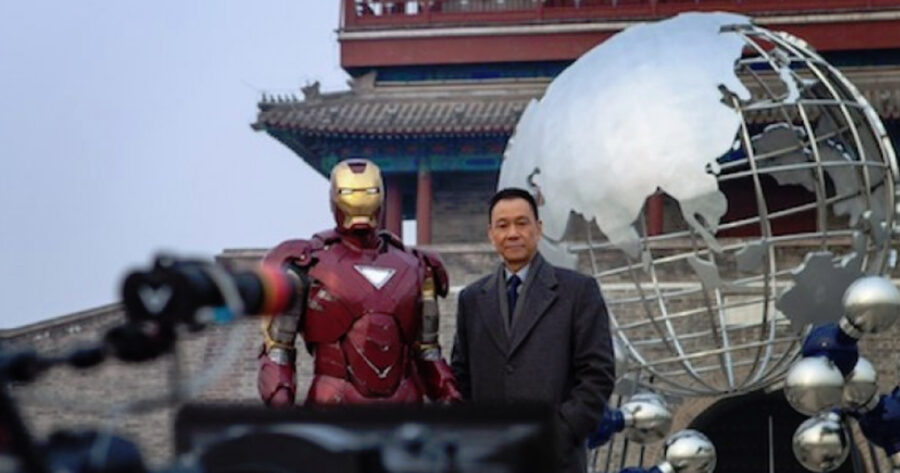 BURBANK, Calif. — In a press conference this morning, Marvel Studios President Kevin Feige confirmed rumors that the sequel to Avengers: Infinity War will contain an inexplicably long sequence with tenuous bearing on the plot set in the People’s Republic of China.

“Yes, it’s true,” said Feige. “Locations in the follow-up to Infinity War will be divided up between Wakanda, outer space, pocket dimensions, the subatomic realm, time bubbles, and, of course, Shanghai — one of the world’s greatest movie-going cities.”

The move comes after years of critics accusing big-budget blockbuster action films of pandering to the rapidly growing Asian-Pacific movie-going audience. Most notable among these are the infamous extended scenes in the Chinese version of Iron Man 3 in which the titular hero appears surrounded by Chinese schoolchildren.

“I’ve heard the cynics weigh in on this,” noted Feige, hoping to head off criticism. “This is just good storytelling that happens to take our heroes to the heart of the Middle Kingdom. If we were really pandering to Asian moviegoers, we would have had a scene where Dr. Strange refuses to acknowledge the existence of Taiwan.”

Feige then was pulled aside by the two Chinese executives for a brief moment.

“Actually, I am excited to announce that will be also be in the next film so I hope fans enjoy that little teaser.”

The executive went on to tease moments in the upcoming film: The Hulk running along the Great Wall, Black Widow enjoying a carton of delicious Chinese milk, and Captain America admitting Xi Jinping has some “pretty good ideas,” about governance.

Added Feige, “Also I don’t want to give away too much, but most of the Chinese were actually spared from Thanos’ snap while dissident Tibetans and the disloyal minorities in Xinjiang province were wiped out in totality.”

“I mean what are the odds?”

Other anonymous sources within the company, however, have contradicted the president’s explanation. Said one Disney employee with knowledge of the film, “Look, this is all about money, plain and simple. We need to appease the government leadership after the Communist Party banned our recent Winnie The Pooh film because he looked too much like their General Secretary.”

At press time, a credible new rumor has already cropped up predicting a scene in a “safe, clean, futuristic Acura car factory.”