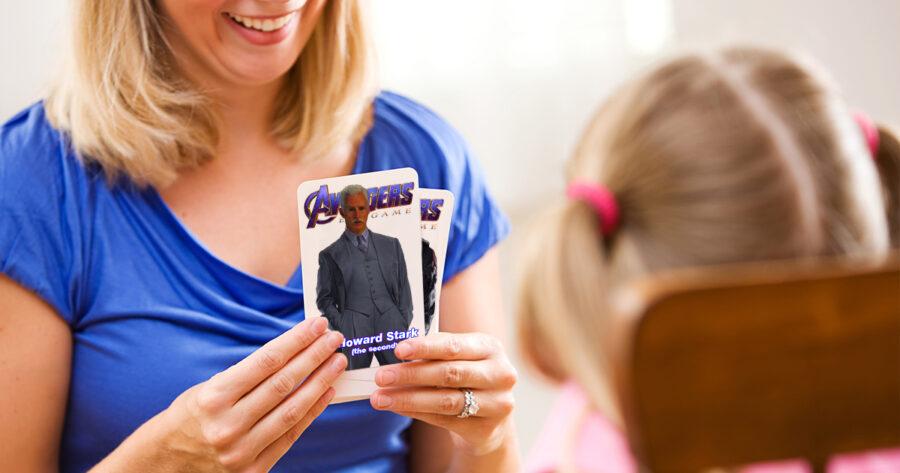 FORT LAUDERDALE, Fla. — In preparation for Avengers: Endgame, SAT prep company Kaplan has released a line of Marvel-specific flashcards for viewers to thoroughly study prior to watching the film.

“You can never know for sure which obscure characters or minor plot points from the last ten years of the MCU will be in the movie,” said John Polstein, CEO of Kaplan Test Prep. “But, you can be prepared. At Kaplan, our job is to prepare viewers to understand the material as much as possible before the premiere day.”

“Did you know three actors have portrayed Howard Stark in the MCU?” a disturbed Polstein added. “People need to be prepared for this.”

The Endgame flashcard set offers a range of niche questions to help prepare viewers for any details they might miss in the film, such as the name of Doctor Strange’s mother, to information on the the geography and climate of Wakanda. The flash card set also contains a sheet of open-response essay questions, such as explaining the various uses of Tony Stark’s arc reactor in under 500 words.

“Jesus, I didn’t even know there were this many movies made in the MCU,” said Marvel fan Anna Traeger, stuck on a question about how many “Quantum” items were in Ant-Man 2. “And Marvel actually expects us to know everything going into this fucking movie? Honestly, I’m more stressed about understanding Endgame than I am about my actual SATs.”

At press time, Kaplan was reportedly considering a 3-month series of night courses designed to help viewers watch Endgame in the most effective way possible.