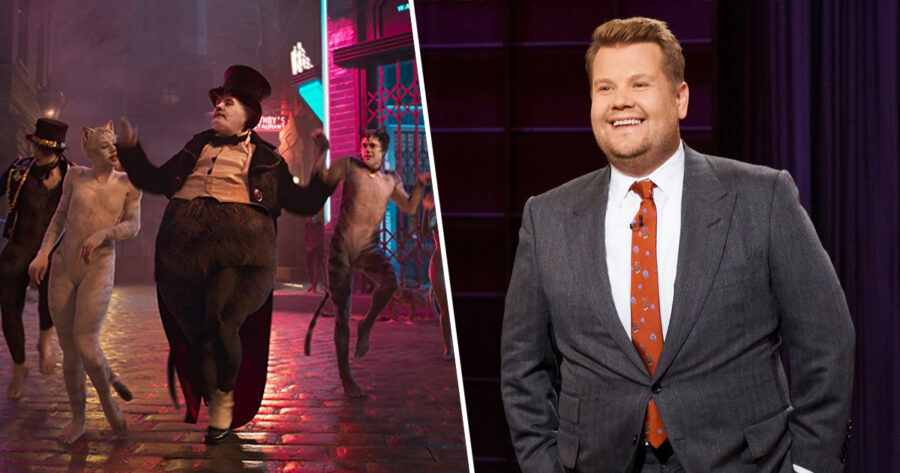 LOS ANGELES — James Corden revealed he prepared for his role in the upcoming Cats film adaptation by eschewing his normal persona and living as an obnoxious creature for decades, sources report.

“Ever since they announced a possible Cats movie back in 1996, I’ve method acted as an insufferable crap sack in case there were ever open auditions,” sang Corden, prancing through a busy intersection causing multiple vehicles to swerve around him. “I didn’t think I’d have to do it for 23 years, but now that we’ve all seen that gorgeous trailer, I think we can all agree my hard work was worth it.”

Corden’s dedication to the role was such that even the other actors never saw him break character.

“I’ve never actually met James Corden. I only ever met that fat shit cat he plays, Busty Groans or whatever,” said Cats co-star and featured artist on the Fifty Shades Darker: Original Motion Picture Soundtrack Taylor Swift. “We worked together for six months, and he never said a single word to me that wasn’t in sing-song and ended with a twirl and elaborate bow.”

“It’ll be hard being a normal guy who can operate a motor vehicle without singing mediocre pop songs at the top of his lungs again, but that’s what being an artist is all about,” said Corden, beginning an exaggerated wink before catching himself. “Maybe I’ll become somebody who goes around slapping asses in case some biopic about an American football player needs a dickhead for the locker room scenes. Maybe there’s a cat-intern who deserves to be paid less money or something.”

As of press time, Corden was nominated for six Emmys at the 71st Emmy Awards.