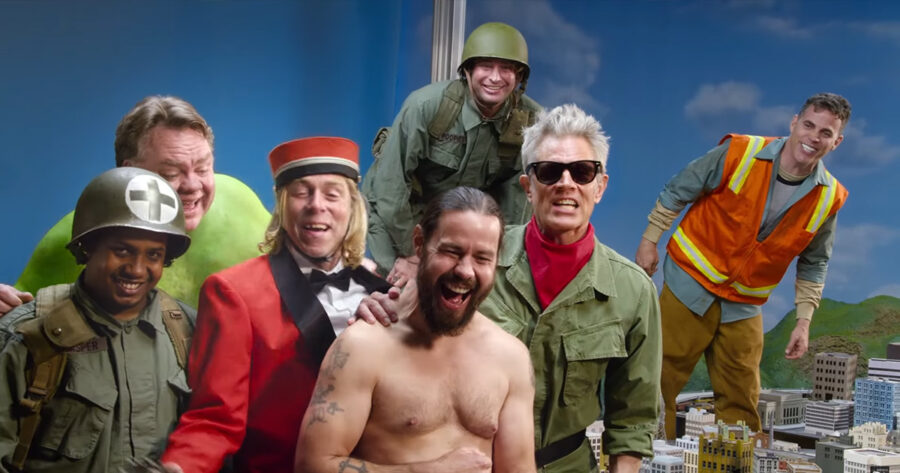 LOS ANGELES — A new trailer promises Jackass Forever will depict Steve-O doing “all kinds of sick shit” to further his personal journey toward health and wellbeing.

“You’ve seen Steve-O get twisted, but this time we really kicked it up a notch,” said Johnny Knoxville in the trailer, which includes shots of Steve-O eating a healthy snack of yogurt and berries, keeping in touch with loved ones, and staying vigilant about his sobriety. “I’ve always said I never throw up, but there were a few times I couldn’t hold it in.”

Paramount hyped the movie as the most extreme Jackass ever made.

“Steve-O wouldn’t come back if we didn’t let him push the envelope,” said a representative from the studio. “Audiences are going to laugh, scream, and gasp when they see their favorite goofball do bonkers stunts, like taking life one day at a time, maintaining a positive outlook, and setting concrete goals that enrich himself and those close to him.”

Steve-O seemed to confirm this sentiment, promising this next installment would show an “even more radical side” of his personality.

“When I look back now, my old stunts feel super tame. You know what’s really extreme? Loving yourself,” said the actor, who revealed the title of his favorite new stunt, Steve-O Takes a Short Break in the Afternoon to Meditate. “It’s like getting hit in the balls, but better.”

Details remained murky about Bam Margera’s firing from the project, and whether it had anything to do with him harshing Steve-O’s general vibe.