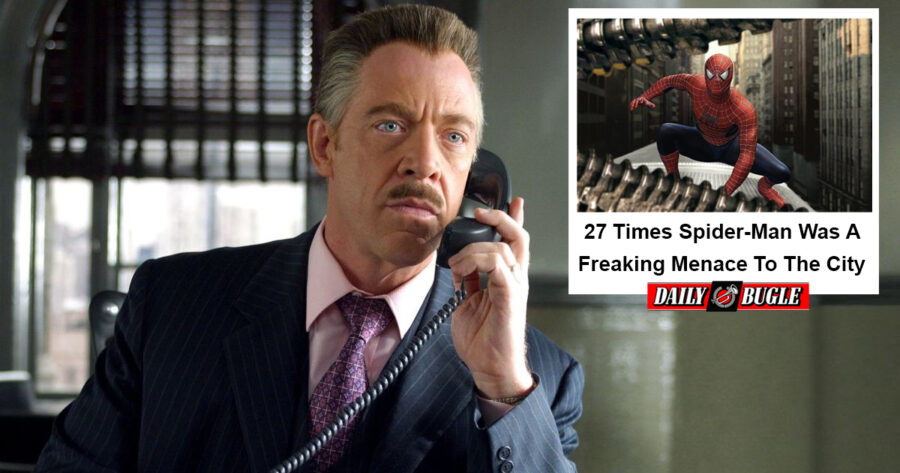 “Get me slideshows of Spider-Man, now!” barked Jameson at his gathered assembly of reporters and unpaid interns earlier today at the daily staff meeting. “I don’t care what the angle is, hell, if there’s any angle at all! I can’t believe I pay you people and you don’t know this! This crap writes itself. Listen to this: ‘14 Unbelievable Facts About Spider-Man We Just Learned, You Won’t Believe Number Five!’ Boom, there’s an article. Why aren’t any of you writing this down?”

The assignment is merely the latest sign in the slow degradation of the once hugely successful newspaper.

“Things really have changed around here,” said Ben Urich, a longtime reporter for The Daily Bugle. “Back when I started, we’d get a lead or a hunch, go do some interviews, some research, then we’d get a few days to turn a story around. Now every morning I get yelled at if I don’t turn in five articles, an infographic, and five ideas for social media posts every day, which is to say nothing of my weekly op-ed I’m tasked with writing about how savvy our billionaire owner is at navigating the business world. It’s depressing shit, man.”

Even long time readers have reportedly noticed the slipping in standards and output at The Daily Bugle.

“Growing up, I read the Bugle every day,” said Aaron Wheeler, a lifelong New Yorker. “It’d take me an hour and a half to get through the whole thing. Now, two days a week, I get what’s left of the print version, and it’s mostly advertisements and giant pictures of Spider-Man with headlines like ‘Is Spider-Man A Socialist?’ It doesn’t surprise me to hear they’re having troubles up there.”

As of press time, a young Daily Bugle photographer named Peter Parker had turned in his first article, “19 Totally Crazy Things We Found in Spider-Man’s Garbage.” The article is available on The Daily Bugle’s website, behind a paywall.