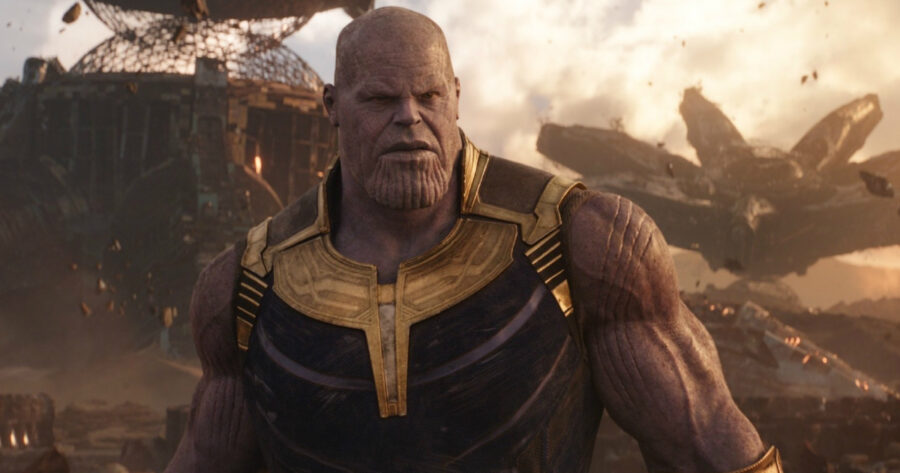 Thanos just snapped his fingers and half of all life is erased in an instant. But… doesn’t that include gut bacteria? Here’s how the snap would go down in real life.

One Minute After the Snap:

It’s been one minute since the Avengers failed and Thanos snapped his fingers, obliterating half of all life on Earth. Gone are 3.9 billion people, turned to ash on the spot. Also gone are half of all other animals, plants, and bacterial life in the universe. Most survivors are too busy grieving their loved ones to notice 20 trillion bacteria turning to dust in their bodies, but it won’t be long before they realize this is the true horror of the Mad Titan’s plan.

Star attorney/violent vigilante Matt Murdoch is adding “Couldn’t stop my buddy Foggy from evaporating” to his Catholic guilt list while beating up a looter. There’s a rumbling in his stomach. He’s out on the street, he’s far from home, and the Daredevil has diarrhea. The bad news is the entire population of New York is now running for one of a thousand or so public toilets in the city. The good news is half of New York’s 8.6 million people just died, meaning the lines will be shorter. Some make it, but millions of others are forced to go where they stand, including the Devil of Hell’s Kitchen. The smell of Manhattan is unchanged.

The hospitals in Wakanda are full tonight. Mostly, the emergency rooms are dealing with injuries caused by hover car crashes, hover bike crashes, et cetera. Also needing medical care is the huge number of Wakandans who, thanks to half their vaginal flora disappearing, now have bacterial vaginosis and/or urinary tract infections. Thanks to Wakanda’s advanced public health programs, the medical system is able to respond quickly and easily. In countries with worse healthcare systems, like neighboring South Sudan and the United States, shortages and price gouging leaves those not dead of kidney disease fighting over Monistat, Vagisil, and cranberry juice.

C-Diff, a bacterial infection normally kept at bay by good gut bacteria, is now a global pandemic killing tens of millions. Antibiotics which are necessary for treating C-Diff were at precarious levels before the snap, and they are worth their weight in vibranium now. The remaining Avengers, who for years protected the Earth from its greatest threats, are reduced to putting down riots in a failing effort to keep some semblance of order. It’s no use. People are dying in the street over yogurt.

After a year, there’s no society left to speak of. The snap now seems a distant memory to the tribes of scavengers scattered around the globe. Captain America wears black and envies the dead. Bruce Banner has spent the year hulked out, angry at his own failure. Thor has run out of hair to cut off in shame. Jamie Lee Curtis and her tribe of Activians rule over the vast dairylands of the midwest. Ant-Man has gone mad in the quantum realm. Thanos, millions of lightyears away from the consequences of his actions, kicks back, satisfied with the balance he’s brought to the universe.