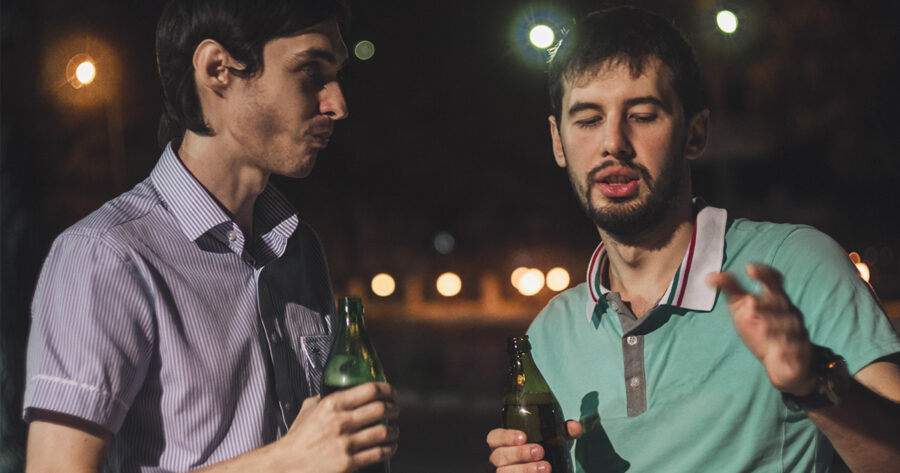 BURBANK, Calif. — Patrons of The Roundabout Bar and Grill were on high alert today, as local man Max Buckler appeared ready to blather on about the Marvel Comics character Moon Knight at a moment’s notice.

“Moon Knight is one of my favorite mid-tier Marvel heroes. I bet I could get anyone in this bar interested in the character,” said Buckler, woefully underestimating how much people want to talk to him. “I’ve got my ears peeled for anything that could be MK related. Ancient Egypt, Oscar Isaac — I’ll even take someone talking about the tides.”

The rest of the crowd at the bar took precautionary measures, worried at any moment they could be sucked into a conversation about Marvel’s street-level vigilante that would never end.

“I can tell from a mile away, this guy is just like my last boyfriend,” said bartender Erin Morales. “You give them an inch into this nerd business, they’ll take a mile. I know so much about Blue Beetle now. Do you know who cares about Blue Beetle? Nobody, that’s who.”

Buckler remained unperturbed, keeping his head on a swivel to spot any conversation tangentially related to the Egyptian-themed superhero.

“With this new Disney+ show coming out, people are gonna want to be on the ground floor with Moon Knight. I’m really doing people a service. They’re going to be the coolest people at their work when they can say, ‘Oh, you mean mercenary Marc Spector or billionaire Steven Grant or cabbie John Lockley?’ after someone brings up the Fist of Knonshu. That’s actually another name for Moon Knight. You see, Knonshu is the Egyptian God of the Moon who brought Marc Spector back to life after—”

There was no further comment from Buckler, as the reporter had somewhere else to be all of a sudden.