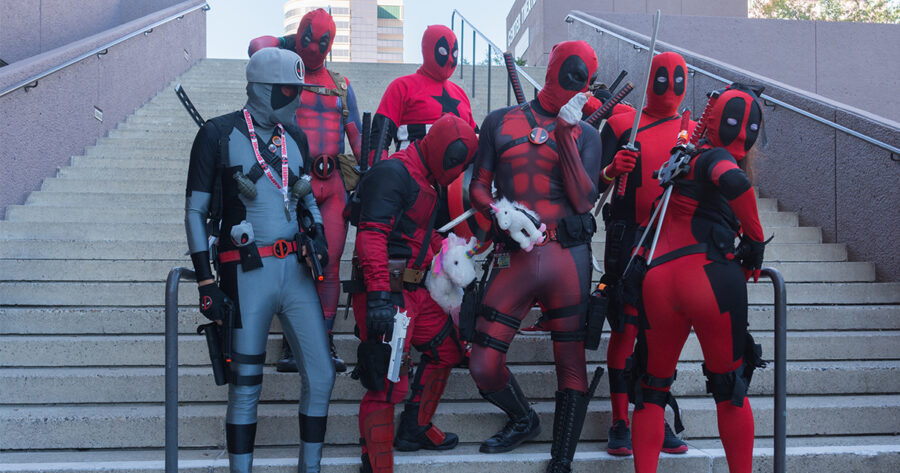 SAN DIEGO — In what is being viewed as a rather embarrassing mix-up, Amie Faith arrived home with what she believed was her boyfriend after an exhausting weekend at San Diego Comic-Con only to realize the Deadpool she went home with was the wrong one.

“I always heard about something like this happening to other people but I never thought it would actually happen to me,” Faith said. “I always figured, no matter what, I would know my Deadpool from the thousands of other Deadpools attending Comic-Con. I was wrong.”

Comic-Con can be a very confusing time, even for experienced cosplayers like Faith and her boyfriend, Peter Aquino. Researchers estimate that as many as 600 Deadpools, Spider-Men, Gokus, and even Nesses, get mixed up each year at SDCC.

“In her defence, all Deadpools basically look the same – red spandex, two swords, guns, that one suspender thing, hands against their face like Kevin from Home Alone,” Comic-Con representative Brandon West told reporters while trying to find Faith’s Deadpool. “And there are so many of them, all of them acting like morons, trying to be funny. You can’t tell who is your friend and who is doing a bit.”

“Unfortunately, we started drinking and a Deadpool conga line started and I had no idea which Deadpool was my Deadpool,” Faith explained. “I woke up in a pile of sleeping, hungover Deadpools and led who I thought was my boyfriend to the car.”

After the three hour drive home to Highland, the wrong Deadpool revealed that he was not, in fact, Aquino. After another three hour drive back to San Diego, Faith retrieved her boyfriend and the other Deadpool was remanded to the custody of his parents.

“OK, I’m not going to say it wasn’t wrong,” the unnamed 34-year-old Deadpool who wasn’t Peter Aquino said stifling laughter. “But that is totally something Deadpool would do! Am I right?! Chimichanga!”

Faith says she harbors no ill will towards the other Deadpool and hopes next ComicCon she can live out a fantasy where two Deadpool give her their “maximum effort.”