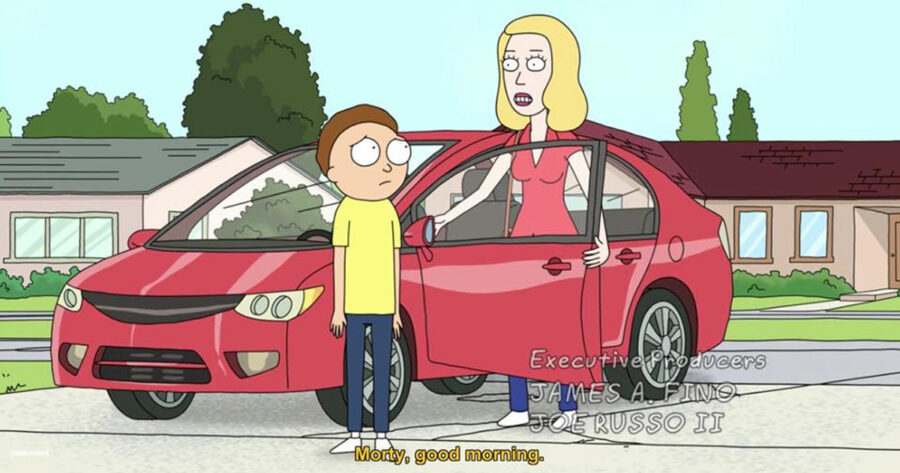 “As if by intergalactic fate or craven corporate desire to co-opt anything artistic and good, you all happen to live in the dimension where Honda brings back this timeless, 8-year old design,” said representatives from Honda in a press release today. “So we are going to make about five of these things and release them to one dealership.”

Fan response online was decidedly enthusiastic with Twitter hashtags “#RickAndMorty”,  “#BethsHonda” and “#WomenWritersRuinedR&M” trending for much of the day.

Posters on the subreddit, “r/RickAndMorty” were also largely positive.

The Honda ad continued with many nods to the sci-fi franchise, although they were careful not to reference Rick and Morty too directly without any permission from the show’s creators Dan Harmon and Justin Roiland.

One tweet from Honda’s account read, “I hope all fans across the multiverse appreciate this Civic’s space age design, otherworldly handling and standard AM/FM/MP3 player. AIDS!”

However, the promotion ended in tragedy as the sole dealership to get the cars, Hicksville Honda on Route 4, was burned to the ground and sales associates took their own lives after hours of having fans aggressively quote lines from the show at them.