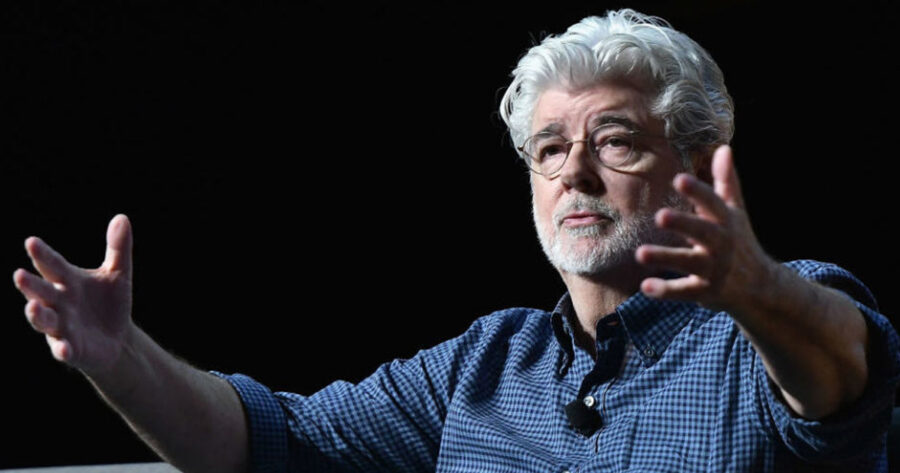 BURBANK, Calif. — George Lucas reportedly crashed an executive meeting at Disney, where he feverishly proposed a film called Crazy Rich Neimoidians to horrified executives, despite having sold the Star Wars franchise years ago.

“So there’s this middle-class Neimoidian from Tatooine,” said Lucas while being forcefully removed from the premises, “who is dating a crazy rich Nemoidian from Nemoidia whose family — get this — runs the entire Trade Federation! And he brings her home to meet his family and their cultures clash, but the best part is the B-story, where they all go to Endor and get into some hijinks with Ewoks and various little children for some reason.”

Disney’s $4.05 billion acquisition of Star Wars in 2012 included a stringent sub-clause that forbade Mr. Lucas — famous for creating the beloved film franchise that many allege he ultimately ruined — from pitching new Star Wars ideas. Yet that’s exactly what he did when he barged into the offices of Disney and hijacked a meeting discussing plans to crossover Aquaman with The Little Mermaid.

“It was, like, really, really sad,” said one executive present for the meeting. “We were having a pretty normal meeting, then fucking George Lucas bursts in yelling about how we need to do Crazy Rich Asians but with Neimodians, which he kept insisting were really progressive for their time, despite very obviously being a pretty racist depiction of Asians. This is as bad as the time he pretended to be someone else and audition for the Episode 9 job.”

Sources confirmed that Lucas was driven back to Skywalker Ranch, where he has vowed to continue work on the script for his passion project.

UPDATE: Though Disney passed on Lucas’ film pitch, Crazy Rich Neimoidians has been picked up as a series for their upcoming video streaming service Disney+. Production is expected to begin next year.