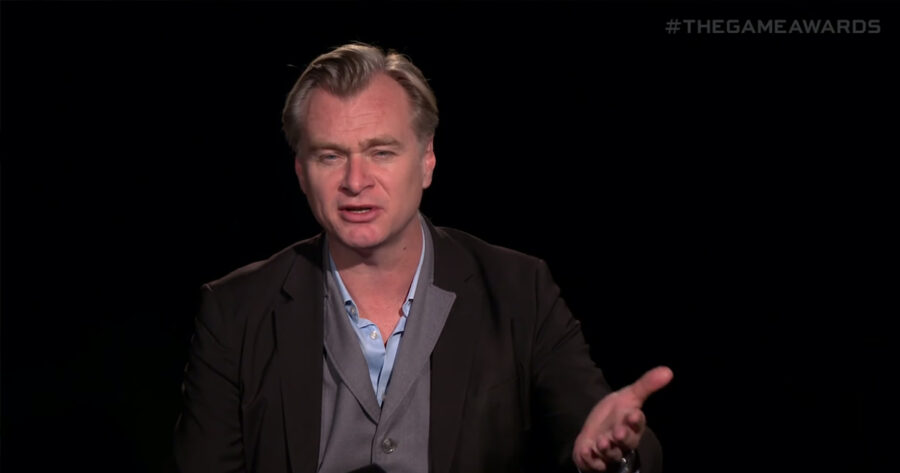 “Theaters are a vital part of social life,” said Nolan, the writer and director of Tenet, which had a controversial and lackluster theatrical run earlier this year. “It is no longer enough to simply continue watching films in them. We must game in them as well. As I see it, the ideal gaming experience would be the 100 participants in a game of Fortnite somehow all sharing a theater, enjoying the stereo sound and image quality still only possible on the big screen. And if they want to watch Inception while they’re in there, that’s fine too!”

Nolan made comments earlier in the week disparaging the decision by Warner Bros. to forgo traditional cinematic releases for their tentpole pictures of 2021 and instead premiere them on the HBO Max streaming platform at the same time as their theatrical releases. His streak of controversial statements continued earlier tonight, forcing those associated with the show to distance themselves from them.

“On behalf of everyone involved with the Game Awards, I would like to apologize for Christopher Nolan’s brazenly irresponsible and downright nonsensical recommendation to have large gaming parties inside of multiplex theaters,” said Geoff Keighley, longtime executive producer and host of the Game Awards. “As such, we must insist that nobody take his advice and also begin having large family gatherings and business meetings inside of their local cinemas. I’ve never even heard of that.”

As of press time, Nolan has saluted the house band’s decision to play music over the end of his speech so as to render his dialogue inaudible.