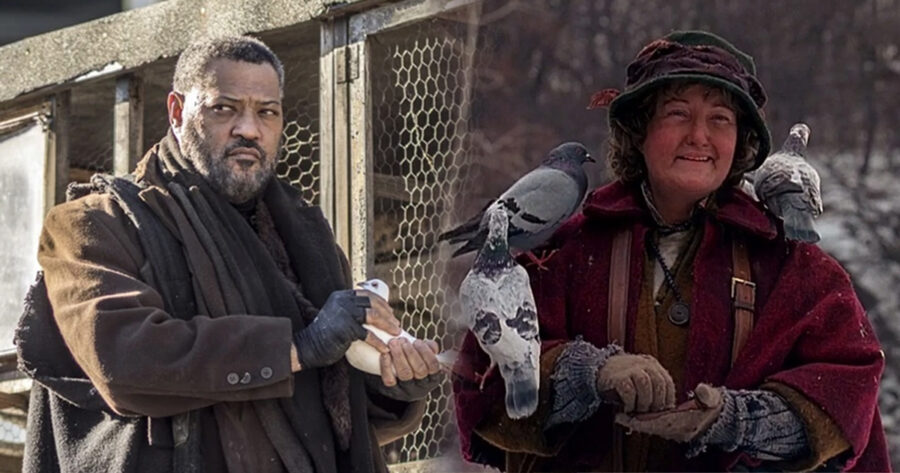 “The crux of my theory is that the Home Alone pigeon lady was the original Bowery Queen,” said Redditor nebu_CHAD_nezzar in r/FanTheories. “The ex she refers to in her monologue is actually the Laurence Fishburne pigeon guy, who will eventually overthrow her with the help of John Wick. This explains why she’s always keeping watch over the Plaza Hotel, the original Continental, as well as her access to Carnegie Hall via her connections at the High Table. Once you start pulling at the thread, it all falls into place and makes both movies far more interesting.”

One YouTuber took this theory and ran with it, pointing out additional clues that connect the two action franchises.

“It makes perfect sense that Kevin McCallister is kicked out of the hotel and banished into Central Park at Bethesda Fountain, the exact location where Winston declares John Wick excommunicado in chapter two,” said ZaneDaddyMovies in a ten-minute video analysis. “From this point forward, Wick and McCallister are both effectively ‘lost in New York.’ Be sure to check out my other video breaking down how Home Alone 2 predicted 9/11.”

John Wick screenwriter Derek Kolstad has hinted that there may be some truth to the rumors and speculation.

“Home Alone, yeah. That’s totally what I had in mind, let’s go with that,” Kolstad said while polishing his collection of big gold coins. “I also really liked those Blade movies. It’d be cool if you guys could figure out a way to work those in, too.”

At press time, Reddit users were attempting to reconcile fan theories by suggesting that Kevin McCallister is actually Neo moving through a Matrix simulation.