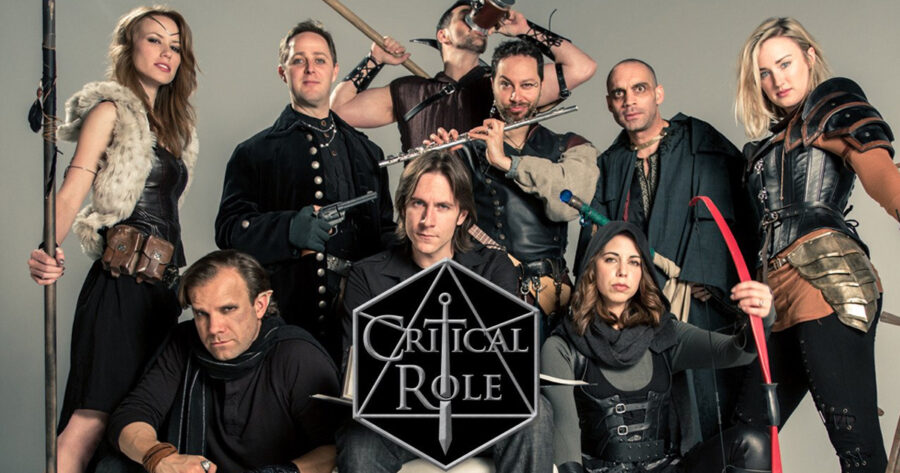 RALEIGH, N.C. — After ten lengthy game sessions, members of a local D&D party came to the collective realization that they were all just playing very thinly disguised versions of characters from the webseries Critical Role.

“I guess I should have realized when Sammy told me he was playing as a Goliath Barbarian named Greg,” said dungeon master Max Stanton, who spent the majority of the interview clipping on a suspiciously large amount of leather wristbands. “But the shoe really dropped when they started telling me to say ‘How do you want to do this?’ when we weren’t even in combat. Hell, they’d want me to say it when we weren’t even playing D&D.”

The adventuring party, who collectively insisted on being called Vince Machinima, hoped to weave a high tale of adventure by following the transcripts of episode 1-115 of the acclaimed Vox Machina campaign verbatim. According to those familiar with the situation, the group required members to use over the top character voices despite the fact that party members reportedly did not enjoy doing so.

“We have myself as Greg the barbarian, Bex and Backs the rogue and ranger, Q’a’ygleith the druid,” said party member Sammy Rosenthal, “Esteban Julio Ricardo Montoya de la Rosa Ramirez the gunslinger, Halberd the cleric, and Lil’ Scampy the bard. It’s important to have a balanced party and I think we’ve done that pretty well by almost entirely mimicking a preexisting one.”

Without regard for table dynamics or individual amusement, the group banded together to triumphantly livestream 2 episodes of their game on Twitch, only to give up after the party’s druid spilled a glass of orange juice on the Logitech webcam they used to record. The one bot watching the Twitch stream did not immediately respond to requests for comment.

“I mean, Critical Role is, like, the D&D party after all,” said Stanton, running his fingers through his newly cut shoulder-length hair. “So roleplaying their roleplaying, in a way, means we are having twice as much fun. Right?”

At press time, Stanton was reportedly buttoning up his vest on his way to the local courthouse to legally change his name to Matt Mercer.