Dwayne Johnson to Play Stack of Pogs in Upcoming Film 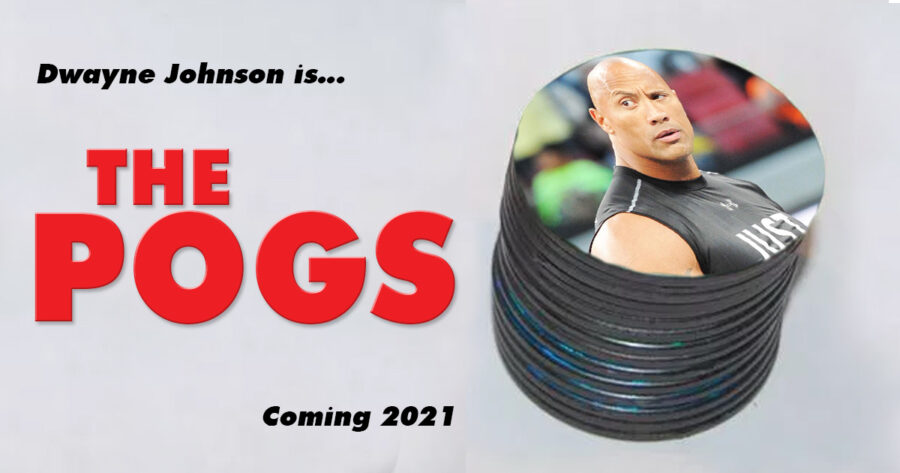 LOS ANGELES — Superstar Dwayne “The Rock” Johnson has confirmed months of online rumors by revealing that he will produce and star in an upcoming film based on a stack of Pogs, the iconic collectible game from the 1990s.

“This is such fantastic news. I didn’t think there were any 20 to 30 year old properties left,” said Johnson, during a press conference held earlier today. “I’m so excited we got the rights to bring this story to the screen. And you’re not gonna believe what the CG guys have come up with. I’m gonna play the shit out of this stack of Pogs!”

The Pog Company famously rose to prominence in the mid 1990s, after successfully popularizing their brand of the cardboard discs previously known as “milk caps.” Soon after their debut, they were the biggest fad in America. Ultimately the trend didn’t last, and the company was bankrupt by 1997.

“Oh sure, the rise and fall of The Pog Company is a very riveting story, there’s no doubt about that,” said director Brad Peyton, who will team back up with Johnson after previously collaborating on this year’s popular Rampage. “But let’s be clear, this film isn’t that. This is The Rock as a stack of Pogs, Andy Serkis as a big ass slammer, and an hour and a half of pure chaos. It’s gonna make G.I. Joe  look like Baywatch!”

Peyton went on to reveal further information about the cast, which will additionally feature Justice League’s Ezra Miller as a mean CGI 8th grader that insists on playing for keeps.

The film is Johnson’s fifth slated for a presumptive 2021 release, joining his Big Trouble in Little China remake, a sequel to Jumanji: Welcome to the Jungle, a reboot of the sitcom ALF, and the first entry in a planned Nickelodeon Gak trilogy.