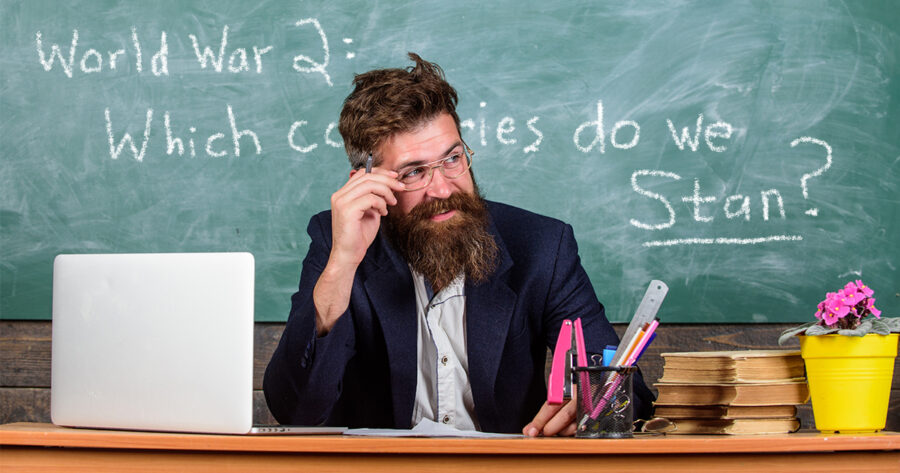 MIDVALE, Utah — In an attempt to invigorate his students with a passion for learning, AP U.S. History teacher Frederick Clemens decided half-way through the school year to start referring to history as “United States lore.”

“Let me school you on the lore of Lady Liberty! Open your tomes to page 145 and we’ll check her stats,” Clemens reportedly said to his students. “Her Strength and Charisma are through the roof, but her Dexterity is 0. Cause she’s a statue! Isn’t history exciting?”

“What’s everybody’s thoughts on the massive famine in Ireland that caused surges of emigration to the United States?” Clemens continued. “Have we all read the wikias?”

According to those in the class, the desperate attempt at making history more fun was not well received.

“I never saw a whole class so disgusted and embarrassed at the same time,” said sophomore Clarissa Davis. “He said Ellis Island was a massive player-hub of the mid-1900s and told us to drop a quest marker on our maps if we’re ever near New York City. It was gross.”

Clemens finished the class with a pop quiz, asking, “What was the greatest healing potion of the 20th Century?”

“I knew it right away,” Davis said. “It has to be the Polio Vaccine because Franklin Delano Roosevelt had it and his first term happened before 1950 and… oh shit. Why do I know that? I’m dumb as shit! I hate that fucker even more now!”